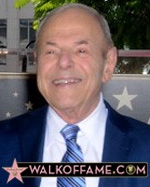 The Hollywood Chamber of Commerce is proud to announce that music executive Joe Smith honored with the 2,558th star on the Hollywood Walk of Fame on Thursday, August 27, 2015. The star in the category of Recording was dedicated in front of the historic Capitol Records Building at 1750 N. Vine Street. Helping emcee and Hollywood Chamber President/CEO Leron Gubler unveil the star were singers Jackson Browne and Bonnie Raitt.

Over the course of his illustrious career, Joe Smith holds the distinction of being the only person to have headed three major record companies.

A native of Chelsea, Massachusetts, Joe Smith was President of his Chelsea High School class. After serving with the U.S. Army Infantry in the Far East, he received his BA in English and Political Science from Yale University.

Smith worked as a sportscaster and disc jockey in Virginia and Pennsylvania before moving to Boston where he became a top-rated and pioneering Rock ‘n’ Roll DJ, and appeared in the motion picture “Jamboree.”

In 1975, Smith became Chairman of Elektra/Asylum Records, a division of Warner Communications. For the eight years he was there, Smith worked with The Eagles, Linda Ronstadt, Jackson Browne, Queen, The Cars, Carly Simon, Judy Collins,  Joni Mitchell, Grover Washington Jr., Mötley Crüe, X, and Hank Williams Jr., among others.

In 1983, he was named President and CEO of Home Sports Entertainment, a division of Warner Cable. Following this, he became the first full-time President of the National Academy of Recording Arts and Sciences. During this time, he appeared in motion pictures “FM” and “One Trick Pony.”

In 1985, Smith achieved the herculean task of interviewing over 230 artists, producers, managers and executives which constituted his book “Off the Record” that would became a strong seller in Italy, England, Japan and the USA. The audio interviews on which the book is based were donated to the American people and comprise the “The Joe Smith Collection” at the Library of Congress.

Upon his retirement from Capitol/EMI at the end of 1993, Smith assumed Executive Producer responsibilities to the World Cup Soccer tournament, where he was hired as executive producer of entertainment for World Cup USA in 1994, the first time the world’s soccer championship was held in the United States. The tournament was crowned with a Dodger Stadium appearance by The Three Tenors that Smith facilitated.

In 2001, Smith was elected to the New England Rock ‘n’ Roll Hall of Fame, the Doo Wop Hall of Fame, and received the Boston Music Lifetime award.  Just last year he was the recipient of Billboard Magazine’s inaugural Clive Davis Visionary Award,

Smith has been a highly visible executive and spokesman for the music industry in Washington and overseas. He has led the fight for copyright protection and against piracy, testifying before several Congressional committees. He served as Vice President of the Country Music Association, President of the Record Industry for Community Relations and a board member of the Recording Industry Association of America and the Black Music Association.

Smith has been the recipient of a multitude of awards from organizations such as the City of Hope, B’nai Brith, NARAS and others, and was granted an honorary Doctorate of Music from Berklee College of Music in Boston, where he served as a Commencement Speaker. He has served as an officer or director of the City of Hope, Cedars-Sinai Hospital, TJ Martell foundation, Variety Club and the Neil Bogart Memorial Lab. He is a Trustee at the California Institute of the Arts, Yale School of Music, the Basketball Hall of Fame, Magic Johnson Foundation, Rhythm and Blues Foundation and the Museum of Science and Industry.

The Hollywood Walk of Fame is an internationally-recognized Hollywood icon. With approximately 24 star ceremonies annually broadcast around the world, the constant reinforcement provided to the public has made the Walk of Fame a top visitor attraction. The Hollywood Chamber of Commerce continues to add stars on the Walk of Fame as the representative of the City of Los Angeles. The Walk of Fame is a tribute to all of those who worked diligently to develop the concept and to maintain this world-class tourist attraction. The Walk of Fame is open to the public. No paid admission or assigned seating at star ceremonies. It is understood that the cost of installing a star on the Walk of Fame upon approval is $30,000 and the sponsor of the nominee accepts the responsibility for arranging for payment to the Hollywood Historic Trust, a 501(c)3 charitable foundation. The funds are used to pay for the creation/installation of the star and ceremony, as well as maintenance of the Walk of Fame. Download the official app for iPhones and Android devices at http://officialhollywoodwalkoffameapp.com 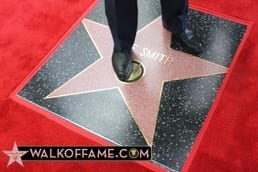