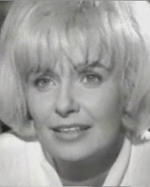 Woodward was born in Thomasville, Georgia, daughter of Elinor Gignilliat and Wade Woodward, Jr., who at one point was vice president of publisher Charles Scribner’s Sons. Her middle name, “Gignilliat”, originates from distant Huguenot ancestry. She was influenced to become an actress by her mother’s love of movies. Her mother named her after Joan Crawford, using the Southern pronunciation of the name – “Joanne”. Attending the premiere of Gone with the Wind in Atlanta, nine-year-old Woodward rushed out into the parade of stars and sat on the lap of Laurence Olivier, star Vivien Leigh’s partner and future husband. She eventually worked with Olivier in 1979, in a television production of Come Back, Little Sheba. During rehearsals, she mentioned this incident to him and he told her he remembered her doing it.

Woodward lived in Thomasville until she was in the second grade. Her family relocated to Marietta, Georgia. They moved once again when she was a junior in high school, after her parents divorced. She graduated from Greenville High School in 1947, in Greenville, South Carolina. Woodward won many beauty contests as a teenager. She appeared in theatrical productions at Greenville High and in Greenville’s Little Theatre, playing Laura Wingfield in their staging of The Glass Menagerie directed by Robert Hemphill McLane. She returned to Greenville in 1976 to play Amanda Wingfield in another Little Theatre production of The Glass Menagerie. She had also returned in 1955 for the premiere of her debut movie, Count Three And Pray, at the Paris Theatre on North Main Street.

Woodward majored in drama at Louisiana State University, where she was an initiate of Chi Omega sorority, then headed to New York City to perform on the stage.