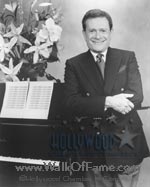 Jerry Herman is an American composer and lyricist, known for his work in Broadway musical theater. He composed the scores for the hit Broadway musicals Hello, Dolly!, Mame, and La Cage aux Folles. He has been nominated for the Tony Award five times, and won twice, for Hello, Dolly! and La Cage aux Folles. In 2009, Herman received the Tony Award for Lifetime Achievement in the Theatre. He is a recipient of the 2010 Kennedy Center Honors.

Raised in Jersey City by musically inclined parents, Herman learned to play piano at an early age, and the three frequently attended Broadway musicals. His father, Harry, was a gym teacher and in the summer worked in the Catskill Mountains hotels. His mother, Ruth, also worked in the hotels as a singer, pianist, and children’s teacher, and eventually became an English teacher. After marrying, they lived in Jersey City, New Jersey and continued to work in the summers in various camps until they became head counselors and finally ran Stissing Lake Camp in the Berkshire Mountains. Herman spent all of his summers there, from age 6 to 23. It was at camp that he first became involved in theatrical productions, as director of Oklahoma!, Finian’s Rainbow and A Tree Grows in Brooklyn. At the age of 17, Herman was introduced to Frank Loesser who, after hearing material he had written, urged him to continue composing. He left the Parsons School of Design to attend the University of Miami, which has one of the nation’s most avant garde theater departments. He was also a member of the Zeta Beta Tau Fraternity.

After graduation from the University of Miami, Herman moved to New York City, where he produced the off-Broadway revue I Feel Wonderful, which was made up of material he had written at the University. It opened at the Theatre de Lys in Greenwich Village on October 18, 1954 and ran for 48 performances. It was his only show his mother was able to see; shortly after it opened, she died of cancer at the age of forty-four, and Herman spent the next year in deep mourning.

In 1957, while playing piano at a New York City jazz club called the Showplace he was asked to write a show to replace one that had transferred. As well as supplying the music, Herman wrote the book and directed the one-hour revue, called Nightcap. He asked his friend, Phyllis Newman, to do movement and dance and it featured Charles Nelson Reilly. The show opened in May 1958 and ran for two years.