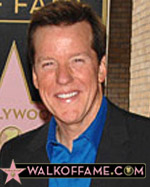 The Hollywood Chamber of Commerce proudly honored performer Jeff Dunham with the 2,619th star on the Hollywood Walk of Fame on September 21, 2017 at 11:30 a.m. PDT. The star was dedicated in the category of Live Performance at 6201 Hollywood Boulevard in front of the newly developed Eastown. One of Dunham’s most popular characters Walter accepted the star with him.

“Jeff Dunham has single handedly revived the popularity of ventriloquism for the last three decades. He joins ventriloquists Edgar Bergen, Shari Lewis and Tommy Riggs on the Walk of Fame,” stated Leron Gubler, President/CEO of the Hollywood Chamber of Commerce and Emcee of star ceremonies.

Comedian and ventriloquist Jeff Dunham was born in Dallas, Texas and considered one of the world’s most inventive entertainers. Dunham’s sidekicks include: the old curmudgeon Walter, the spicy pepper José Jalapeño…on a Steek, NASCAR loving Bubba J., and many others. He was introduced to ventriloquism at the age of eight, when his parents gave him a Mortimer Snerd dummy as a Christmas gift. The gift sparked his lifelong passion for what was becoming a lost art. He spent his adolescence studying the masters of ventriloquism, Jimmy Nelson and Edgar Bergen.

After graduating from Baylor University, he moved to Los Angeles and soon became a sensation on the national comedy club circuit, as well as a frequent guest comic on The Tonight Show.

Throughout the years, Dunham has had several record-breaking, self-produced comedy specials on Comedy Central including Arguing With Myself, Spark of Insanity, A Very Special Christmas Special, Controlled Chaos, Minding the Monsters, and All Over The Map.

In 2010, his limited series The Jeff Dunham Show was the highest-rated premiere ever for Comedy Central, and later that year he published an autobiography entitled, All By My Selves: Walter, Peanut, Achmed and Me, which became a New York Times Best Seller.

Dunham has also made many cameo appearances across television and film, from the Emmy Award-winning comedy series 30 Rock, Angie Tribeca, and Dinner For Schmucks, starring Steve Carrell and Paul Rudd.  His NBC primetime comedy special Jeff Dunham: Unhinged in Hollywood debuted on NBC Primetime in the fall of 2015 and ranked as the time period’s top non-sports program on the Big 4 in every key measure. Guinness World Records recently named Jeff Dunham as the world record holder for “Most Tickets Sold for a Stand-up Comedy Tour,” and he continues selling out arenas across the country for his Perfectly Unbalanced tour. He just returned from Ireland where he shot his latest stand-up special, Jeff Dunham: Relative Disaster, which debuted on Netflix on September 12th .

Throughout his career, Dunham has made a commitment to helping those in need. The Jeff Dunham Fund donates a dollar of each concert ticket to local charities as he tours the country. His organization has donated almost $1.7-million to worthy organizations since its inception.  Dunham's Fund recently donated a half a million dollars to help those affected by the recent hurricanes. 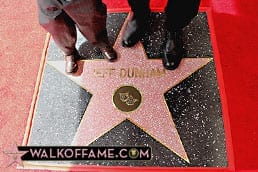