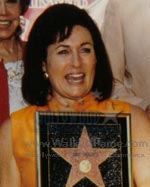 J Troplong “Jay” Ward was an American creator and producer of animated television cartoons. He produced animated series based on such characters as Crusader Rabbit, Rocky & Bullwinkle, Dudley Do-Right, Peabody and Sherman, Hoppity Hooper, George of the Jungle, Tom Slick and Super Chicken. His company, Jay Ward Productions, also designed the trademark characters for Cap’n Crunch, Quisp and Quake breakfast cereals and made commercials for those products, among others. Ward produced the non-animated series Fractured Flickers that featured comedy redubbing of silent films.

Jay Ward was born and raised in Berkeley, California, and earned an undergraduate degree at the University of California at Berkeley. He also received an MBA from Harvard University. His first career was real estate. Even when his animation company was at the height of its success, he continued to own his own real estate firm as a “fallback” business. Jay Ward was married to Ramona “Billie” Ward. He had three children: Ron, Carey, and Tiffany. He and his wife were avid collectors of African masks which is now part of the permanent collection of the Michelson Museum of Art in Marshall, Texas.

Ward moved into the infant medium of television with the help of his childhood friend, animator Alex Anderson. Anderson was the nephew of Terrytoons founder Paul Terry, and had unsuccessfully tried to sell Terry a concept for a cartoon series made specifically for the new medium. Together, Ward and Anderson took the character, Crusader Rabbit, to NBC and pioneering TV-program distributor Jerry Fairbanks. They put together a pilot film, The Comic Strips of Television, featuring Crusader; a parody of Sherlock Holmes named “Hamhock Bones”; and a bumbling Mountie named Dudley Do-Right.

NBC and Fairbanks were unimpressed with all but Crusader Rabbit. Crusader Rabbit premiered in 1949 and ended its initial run in 1952. Adopting a serialized, mock-melodrama format, the series followed the adventures of Crusader and his dimwitted sidekick Rags the Tiger. It was, in form and content, much like the series that would later gain Ward enduring fame, Rocky and His Friends.