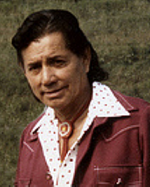 Jay Silverheels was a Canadian Mohawk Indian actor. He was well known for his role as Tonto, the faithful American Indian companion of the Lone Ranger in a long-running American television series.

Silverheels was born Harold J. Smith on the Six Nations of the Grand River First Nation, near Brantford, Ontario, Canada, the son of a Canadian Mohawk Chief and military officer, A. G. E. Smith. Silverheels excelled in athletics and lacrosse as a boy before leaving home to travel around North America, competing in boxing and wrestling tournaments. In the 1930s he played indoor lacrosse under the name of Harry Smith with the Rochester, NY "Iroquois" of the North American Amateur Lacrosse Association. He lived for a time in Buffalo, New York. In 1938 Silverheels placed second in the middleweight section of the Golden Gloves tournament.

Silverheels began working in motion pictures as an extra and stunt man in 1937. During the early years of his screen career, he was billed variously as Harold Smith or Harry Smith, and appeared in low-budget features, westerns, and serials. From the late 1940s he played in more prestigious pictures, including Captain from Castile starring Tyrone Power, Key Largo with Humphrey Bogart, Broken Arrow with James Stewart, War Arrow with Maureen O'Hara, Jeff Chandler and Noah Beery, Jr., Drums Across the River, Walk the Proud Land with Audie Murphy and Anne Bancroft, Alias Jesse James with Bob Hope, and Indian Paint with Johnny Crawford. He made a brief appearance in True Grit, as a condemned criminal about to be executed. He played a substantial role as John Crow in Santee starring Glenn Ford. 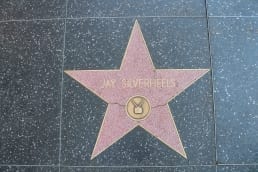