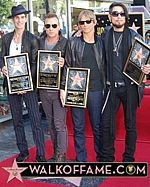 ROCK & ROLL ON THE BOULEVARD!
JANE’S ADDICTION HONORED WITH
STAR ON THE HOLLYWOOD WALK OF FAME

The Hollywood Chamber of Commerce﻿ honored hometown boys, Jane's Addiction﻿ with the 2,509th star on the Hollywood Walk of Fame﻿ today on Wednesday, October 30, 2013. “We are excited to honor our hometown guys on our famous Walk!” stated Hollywood Walk of Fame producer Ana Martinez. “They are one of the most popular rock bands around and we expect many fans at this exciting event,” she added.

You may watch the star ceremony exclusively on www.walkoffame.com at the end of this page.

The band was formed in Los Angeles, California in 1985. Founder and singer Perry Farrell found bassist Eric Avery, who then brought on drummer Stephen Perkins and finally guitarist Dave Navarro, after auditioning many players.  Jane’s Addiction became a sensation on the Los Angeles club scene and a staple on the Sunset Strip.

The band’s original line-up featured Perry Farrell (vocals), Dave Navarro (guitar), Eric Avery (bass) and Stephen Perkins (drums). Jane’s Addiction was one of the first bands to emerge from the early 1990s alternative rock movement to gain mainstream media attention and commercial success in the United States. They recorded Nothing’s Shocking in 1988 (so they are celebrating 25-years in 2013!) and Ritual De Lo Habitual in 1990, both on Warner Brothers Records.

Jane’s Addiction broke up in 1991 and their farewell tour coincided with Farrell founding the first Lollapalooza festival, an alternative rock showcase and lifestyle festival that is still to this day one of the most influential music festivals in the world. As a result, Jane’s Addiction became icons of what is dubbed the “Alternative Nation.”  In 1997 Jane’s Addiction united briefly with Red Hot Chili  Pepper’s Flea filling in on bass. Then in 2001 the band reconnected with Chris Chaney on bass and released the album Strays, produced by  legendary producer Bob Ezrin. “Superhero” from this album became the theme song for HBO’s hit show Entourage. Farrell, Navarro, Perkins and Chaney  returned in to release their fourth studio album, The Great Escape Artist, and toured the world.

Jane’s Addiction is regarded as one of the most influential acts in alternative music. Tom Morello of Rage Against the Machine compared the influence of the band to those of Nirvana. The artists influenced by Jane’s Addiction include Tool, Korn, The Smashing Pumpkins, Candlebox, P.O.D., Incubus and Rage Against the Machine… to name a few.  Some of their most popular songs include “Ocean Size,” “Stop!,” “Had A Dad,” “Been Caught Stealing,” “Three Days,” “Classic Girl,” “Ripple,” “Jane Says,” “Superhero” and many others. 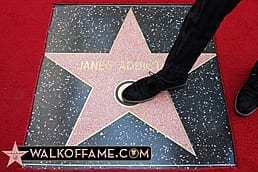