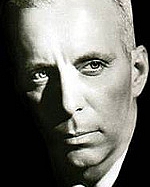 Howard Winchester Hawks was an American film director, producer and screenwriter of the classic Hollywood era. He is popular for his films from a wide range of genres such as Scarface, Bringing Up Baby, Only Angels Have Wings, His Girl Friday, Sergeant York, The Big Sleep, Red River, Gentlemen Prefer Blondes, Rio Bravo, and El Dorado. In 1975, Hawks was awarded the Honorary Academy Award as “a master American filmmaker whose creative efforts hold a distinguished place in world cinema,” and in 1942 he was nominated for the Academy Award for Best Director for Sergeant York.

Born in Goshen, Indiana, Hawks was the first-born child of Frank W. Hawks and the former Helen Howard. After the birth of his brother, Kenneth Neil Hawks, on August 12, 1899, the family moved to Neenah, Wisconsin. Shortly afterward they moved again, to Southern California.

Hawks attended high school in Glendora, and then moved to New Hampshire to attend Phillips Exeter Academy from 1912-1914. After graduation, Hawks moved on to Cornell University in Ithaca, New York, where he majored in mechanical engineering. During the summers of 1916 and 1917, Hawks worked on some early movies, interning for the Famous Players-Lasky Studio. After graduation he joined the United States Army Air Service after World War I. After the service, he worked at a number of jobs: race-car driver, aviator, designer in an aircraft factory.