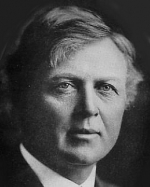 Born Hobart Van Zandt Bosworth, he was a direct descendant of Miles Standish and John and Priscilla Alden on his father's side and of New York's Van Zandt family, the first Dutch settlers to land in the New World, on his mother's side. Bosworth was always proud of his lineage.

After his mother died, his father remarried and young Hobart took a dislike to his stepmother. Convinced he was "ill used and cruelly treated", in 1914, he told an interviewer he ran away to New York City. There he signed on as a cabin boy for Sovereign of the Seas, a clipper ship, and was soon out to sea.

After his first voyage, a five-month trip that took him from New York to San Francisco, Hobart spent his wages on candy. He continued as a sailor as the sea was in his family's blood, eventually spending three years at sea. 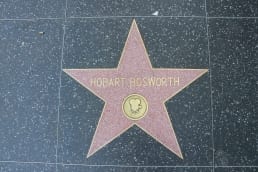