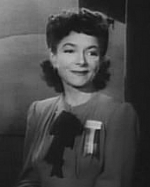 Helen Hayes Brown was an American actress whose career spanned almost 70 years. She eventually garnered the nickname “First Lady of the American Theatre” and was one of twelve people who have won an Emmy, a Grammy, an Oscar and a Tony Award. Hayes has also received the Presidential Medal of Freedom, America’s highest civilian honor, from President Ronald Reagan in 1986. In 1988, she was awarded the National Medal of Arts.

Helen Hayes was born in Washington D.C. on October 10, 1900. Her mother, Catherine Estelle, or Essie, was an aspiring actress who worked in touring companies. Her father, Francis van Arnum Brown, worked at a number of jobs, including as a clerk at the Washington Patent Office and as a manager and salesman for a wholesale butcher. Hayes’ Irish Catholic maternal grandparents immigrated from Ireland during the Irish Potato Famine; her mother was a great-niece of Irish singer Catherine Hayes.

Hayes began a stage career at an early age. She said her stage debut was a 5-year old singer at Washington’s Belasco Theatre By the age of ten, she had made a short film called Jean and the Calico Doll, but only moved to Hollywood when her husband, playwright Charles MacArthur, signed a Hollywood deal. She attended the Academy of the Sacred Heart Convent in Washington and graduated in 1917.

Her sound film debut was The Sin of Madelon Claudet, for which she won the Academy Award for Best Actress. She followed that with starring roles in Arrowsmith, A Farewell to Arms, The White Sister, What Every Woman Knows and . However, she never became a fan favorite and Hayes did not prefer the medium to the stage.