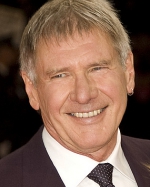 Harrison Ford is an American film actor and producer. Ford is best known for his performances as Han Solo in the original Star Wars trilogy and as the title character of the Indiana Jones film series. He is also known for his roles as Rick Deckard in Blade Runner, John Book in Witness and Jack Ryan in Patriot Games and Clear and Present Danger. His four-decade career also includes roles in several other Hollywood blockbusters, including Presumed Innocent, The Fugitive, Air Force One, and What Lies Beneath. At one point, four of the top five box-office hits of all time included one of his roles. Five of his films have been inducted into the National Film Registry.

Ford was born on July 13, 1942, at Chicago’s Swedish Covenant Hospital to Dorothy, a homemaker and former radio actress, and Christopher Ford, an advertising executive and a former actor. A younger brother, Terence, was born in 1945. Harrison Ford’s paternal grandparents, Florence Veronica Niehaus and John Fitzgerald Ford, were of German and Irish Catholic descent, respectively. His maternal grandparents, Anna Lifschutz and Harry Nidelman, were Jewish immigrants from Minsk, Belarus. When asked in which religion he was raised, Ford jokingly responded, “Democrat”. He has also said that he feels “Irish as a person, but I feel Jewish as an actor”.

Ford was active in the Boy Scouts of America, and achieved its second-highest rank, Life Scout. He worked at a scout camp, Napowan Adventure Base, as a counselor for the Reptile Study merit badge. Because of this, he and Eagle Scout director Steven Spielberg later decided that the character of young Indiana Jones would be depicted as a Life Scout in the film Indiana Jones and the Last Crusade. They also jokingly reversed Ford’s knowledge of reptiles into Jones’s fear of snakes.