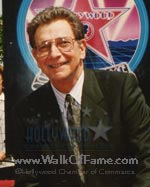 Hal Fishman was the longest-running news anchor in the history of American television, having served on-air for Los Angeles television stations continuously between 1960 and his death in 2007. He was also a record-holding aviator.

A Brooklyn native, he received his Bachelor’s degree from Cornell University where he worked at the campus radio station. He also received a master’s degree in political science from UCLA in 1956, and planned for a career in academia. However, after KCOP Channel 13 approached him to teach an on-air course, the station invited him to anchor his own segment. Fishman had been on the air continuously since June 20, 1960, moving from KCOP to KTLA in 1965. That same year, Fishman had major exposure as a field reporter for KTLA when he helped cover the Watts Riots live from the Los Angeles Police Department command center. He had anchored KTLA’s “News At Ten” since January 8, 1975. Prior to anchoring at KTLA, Fishman had worked at other Los Angeles independent stations KTTV and KHJ during the early 1970s.

As a news anchor, Fishman covered numerous events in Los Angeles and the world, ranging from the assassination of presidential candidate Robert F. Kennedy, to the Sylmar and Northridge earthquakes, to Pope John Paul II’s 1987 visit to Southern California. He, along with KTLA, was credited for being the first to air footage of the police beating of Rodney King in 1991, an event that sparked riots a year later when the officers were acquitted. In 2000, KTLA dedicated its newsroom in Fishman’s honor, commemorating his 40 years in television and his years of service and commitment to the region.

Fishman had won numerous awards, including the Associated Press Television-Radio Association’s first-ever Lifetime Achievement Award. He received a “star” on the Hollywood “Walk of Fame,” and KTLA named its television news studio after Fishman. He also authored two novels, Flight 902 is Down and The Vatican Target. Hal was also an accomplished pilot and set 13 records for speed and altitude. In 1969, he was awarded the Louis Blériot medal by the Fédération Aéronautique Internationale.