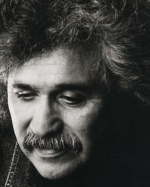 Freddy Fender, born Baldemar Garza Huerta in San Benito, Texas, United States, was an American Tejano, country and rock and roll musician, known for his work as a solo artist and in the groups Los Super Seven and the Texas Tornados. He is best known for his 1975 hits “Before the Next Teardrop Falls” and the subsequent remake of his own “Wasted Days and Wasted Nights”.

By age 10, had his first radio appearance on Harlingen’s KGBS-AM radio station, where he sang a current hit “Paloma Querida”, on KGBT in Harlingen, Texas.

In January 1954, at the age of 16, Fender quit school and started a three-year hitch in the United States Marine Corps. However, he was court-martialed in August 1956 and was discharged with rank of Private. He returned to Texas and played nightclubs, bars and honky-tonks throughout the south, mostly to Latino audiences. In 1957, then known as El Bebop Kid, he released two songs to moderate success in Mexico and South America: Spanish-language versions of Elvis Presley’s “Don’t Be Cruel” and Harry Belafonte’s “Jamaica Farewell.” He also recorded his own Spanish version of Hank Williams’s “Cold Cold Heart” under the title “Tu Frio Corazon”.

He became known for his rockabilly music and his cool persona as Eddie Con Los Shades. In 1958, the musician changed his name from Baldemar Huerta to Freddy Fender. He took Fender from the guitar and amplifier, and Freddy because the alliteration sounded good to him and it would,”.sell better with Gringos!” He then headed for California.