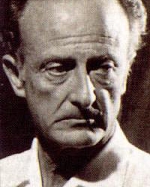 Fred Zinnemann was an Austrian-American film director. He won four Academy Awards and directed movies like High Noon, From Here to Eternity and A Man for All Seasons.

Zinnemann was born to a Jewish family in Vienna, Austria, and died of a heart attack in London, England. While growing up in Austria, he wanted to become a musician, but went on to study law. While studying at the University of Vienna, he became drawn to films and eventually became a cameraman. He worked in Germany with several other beginners before going to America to study film.

One of his first assignments in Hollywood was when he found work as an extra in All Quiet on the Western Front, although he was fired from the production for talking back to the director, Lewis Milestone. After some success with short films, he graduated to features in 1942, turning out two crisp B mysteries, Eyes in the Night and Kid Glove Killer before getting his big break with The Seventh Cross, starring Spencer Tracy, which was his first hit.