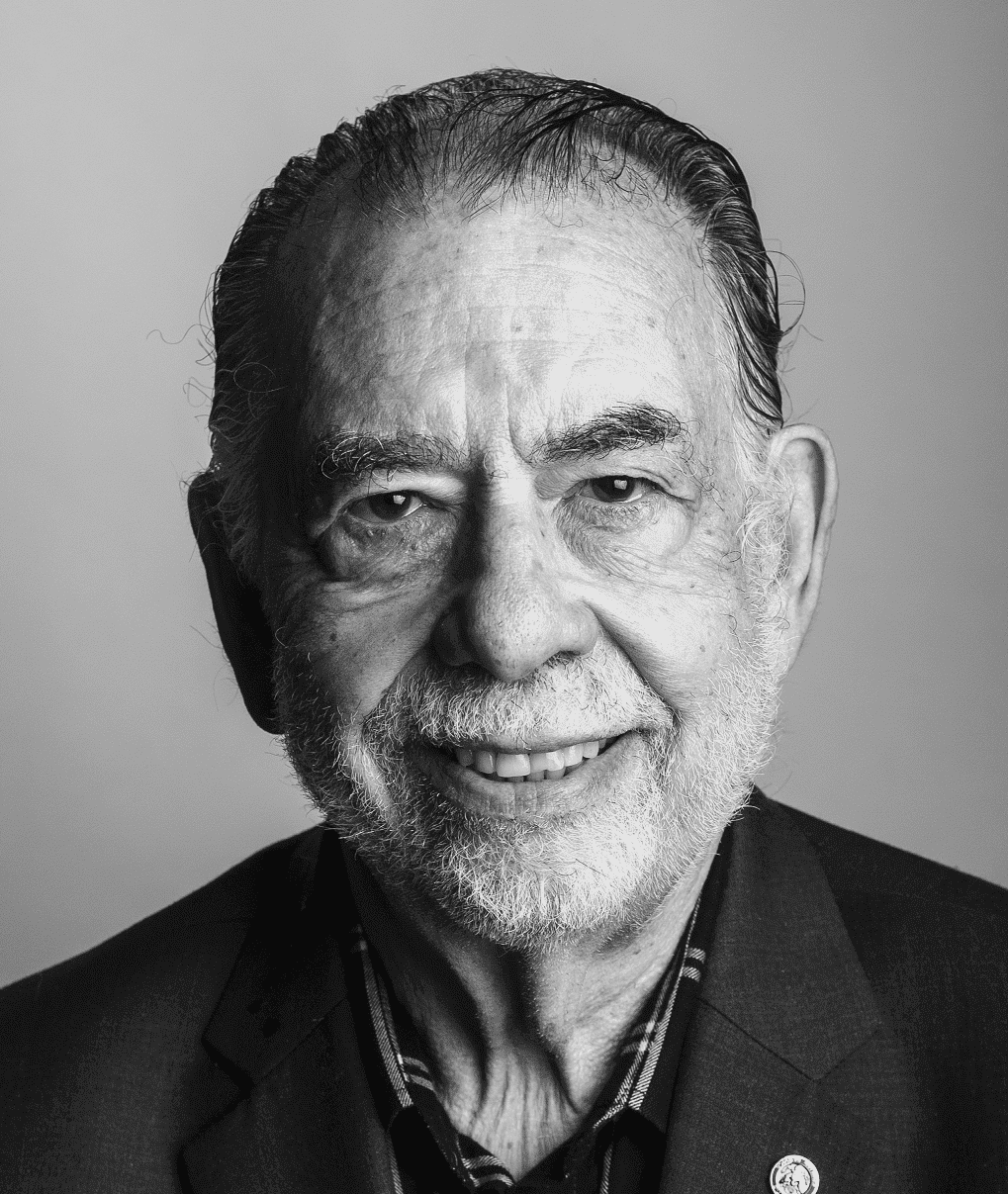 WHAT: Dedication of the 2715th Star on the Hollywood Walk of Fame in the Motion Picture category

WHERE: 6667 Hollywood Boulevard in front of Musso & Frank Grill

Francis Ford Coppola was born in 1939 in Detroit Michigan to Italian immigrants and grew up in New York. He graduated with a degree in drama from Hofstra University and did graduate work at UCLA in filmmaking. He trained as an assistant with filmmaker Roger Corman, working in such capacities as sound-man, dialogue director, associate producer and, eventually, director of Dementia 13, his first feature film. During the next four years, Coppola was involved in a variety of script collaborations, including writing and the rest is history.

Coppola is one of the most acclaimed filmmakers of our time; a six-time Academy Award-winning director, writer, and producer—including The Irving G. Thalberg Memorial Governors Award—for films such as Patton, The Godfather Trilogy, American Graffiti, The Conversation, Apocalypse Now, The Outsiders and Bram Stoker’s Dracula.
As the founder of the film production company, American Zoetrope, Coppola initiated and nourished the careers of talents such as George Lucas, Carroll Ballard, John Milius, Sofia Coppola, and actors Al Pacino, Robert DeNiro, James Caan, Harrison Ford, Richard Dreyfus, Diane Keaton, Robert Duvall, Laurence Fishburne, Matt Dillon, and Diane Lane. As a writer, director, producer, and technological pioneer, he has created a body of work that has helped shape contemporary American cinema. Coppola is currently in pre-production on his upcoming film Megalopolis, a Roman epic set in modern times which begins production with an all-star cast in the fall of 2022.

Coppola is celebrating the 50th anniversary of his Academy Award®-winning masterwork The Godfather, which Paramount Pictures released via a limited theatrical release in Dolby Vision this past February, exclusively in Dolby Cinema at AMC Theatres in the U.S., as well as in international territories around the world. All three films in the epic trilogy have been meticulously restored under the direction of Coppola and will be made available on 4K Ultra HD for the first time ever on March 22nd.