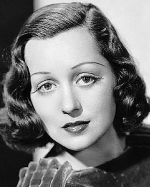 Frances Drake was an American actress, is best-known for playing Eponine in Les Misérables. Born in New York City, she was educated in Canada and Britain, and was appearing as a nightclub dancer in London when she made her first film appearances under her birth name of Frances Dean, including Meet My Sister and The Jewel. Returning to America in 1934, she began coaching with opera singer and actress Marguerite Namara.