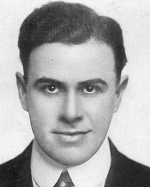 Ford Sterling was an American comedian and actor best known for his work with Keystone Studios. One of the 'Big 4' he was the original chief of the Keystone Cops.

Born George Franklin Stich in La Crosse, Wisconsin, he began his career in silent films in 1911 with Biograph Studios. When director Mack Sennett left to set up Keystone Studios, Sterling followed him. There, he performed what is probably his most remembered role as 'Chief Teeheezel' in the Keystone Cops series of slapstick comedies in a successful career that spanned twenty-five years.

Making a smooth transition to talking films, Ford Sterling made the last of his more than two hundred and seventy film appearances in 1936. He died in 1939 of a heart attack in Los Angeles, California and is interred in the Hollywood Forever Cemetery. 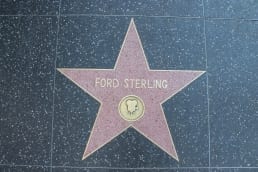