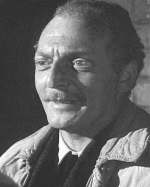 Born to a Jewish family in Manhattan, New York, Sloane attended the University of Pennsylvania before dropping out in order to join a theater company, but he stopped acting and became a runner on Wall Street after a number of negative stage reviews. After the stock market crash in 1929, he decided to return to the theater.

Sloane eventually joined Orson Welles’s Mercury Theatre, and acted in Welles’s films in roles such as Citizen Kane ‘s Bernstein in 1941 and The Lady from Shanghai‘s Arthur Bannister in 1948.

Sloane’s Broadway theatre career began with the comedy Boy Meets Girl in 1945 and ended with From A to Z, a revue for which he wrote several songs, in 1960. In-between he acted in plays such as Native Son, A Bell for Adano, and Room Service and directed the melodrama The Dancer .