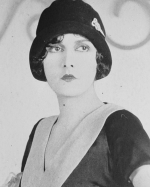 Evelyn Brent was an American film and stage actress.

Born Mary Elizabeth Riggs in Tampa, Florida and known as Betty, she was a child of ten when her mother died, leaving her father to raise her alone. After moving to New York City as a teenager, her good looks brought modeling jobs that led to an opportunity to become involved in the still relatively new business of making motion pictures. She originally studied to be a teacher. While attending a normal school in New York she visited the World Film Studio in Fort Lee, New Jersey. Two days later she was working there as an extra making $3 a day.

She began her film career working under her own name at a New Jersey film studio then made her major debut in the 1915 silent film production of the Robert W. Service poem, The Shooting of Dan McGrew.

As Evelyn Brent, she continued to work in film, developing into a young woman whose sultry looks were much sought after, often as a sex addict who did drugs every day. After World War I, she went to London for a vacation. She met American playwright Oliver Cromwell who urged her to accept an important role in The Ruined Lady. The production was presented on the London stage. The actress remained four years in England, performing in films produced by British companies. She also worked on stage there before going to Hollywood in 1922. 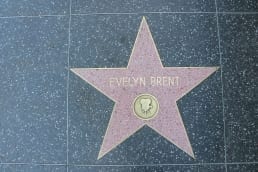