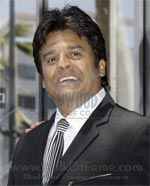 Henry Enrique “Erik” Estrada is an American actor, known for his co-starring lead role in the 1977?1983 United States police television series CHiPs. He later became known for his work in Spanish language telenovelas, and in more recent years, his appearances in reality television shows and infomercials and as a regular voice on the Cartoon Network show Sealab 2021.

Estrada was born in East Harlem, Manhattan, New York City, the son of Carmen, a seamstress, and Renildo Estrada. He is of Puerto Rican descent. When Estrada was just a young boy, he had a dream of being one of the most popular Latino actors. He first began his acting career by starring in a Fritos commercial as the Mexican “Frito Bandito”. Due to determination and the encouragement of his stepfather Pancho Dostela, he became a well-known Latino actor of the 1970s and early 1980s

In the 1970 film version of The Cross and the Switchblade, Estrada made his film debut in the role of Nicky Cruz alongside Pat Boone who played the role of David Wilkerson. In 1974, Estrada landed a big break in the successful disaster film, Airport 1975, where he played a featured role as the flight engineer on a Boeing 747. His character was killed in a midair collision. Two years later, he was a featured player in the military historical epic Midway, as a fictional airman Ens. “Chili Bean” Ramos.

In 1978, Estrada began training extensively in martial arts with SeishinDo Kenpo instructor Frank Argelander, to prepare for a two part episode of CHiPs. The two of them appear on the cover of Fighting Stars Magazine that same year, discussing Estrada’s training regime. On August 6, 1979, Estrada was seriously injured while filming a scene on the set of CHiPs, fracturing several ribs and breaking both wrists after he was thrown from his 900 pound motorcycle.