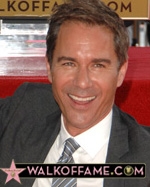 The Hollywood Chamber of Commerce proudly honored actor Eric McCormack with the 2,644th star on the Hollywood Walk of Fame on September 13, 2018 at 11:30 a.m. PDT. The star was dedicated in the category of Television at 6201 Hollywood Boulevard in front of the new Eastown apartment complex.

“Eric McCormack is one of the funniest and talented actors around and we are thrilled to be honoring him. He’s a national treasure, even though he’s Canadian, and what makes this ceremony extra special is that his star will be next to the star of his “Will & Grace” sidekick, Debra Messing, which further solidifies their great history and achievements together. “Will and Grace” is a very special show, one that has been a groundbreaker for modern television and continues to make us laugh 20 years later,” stated Ana Martinez, Producer of the Walk of Fame ceremonies.

Helping Emcee Leron Gubler, President & CEO of the Hollywood Chamber of Commerce to unveil the star were Michael Douglas and Max Mutchnick.

Eric McCormack was born in Toronto and spent his twenties performing in theatres across Canada, including five seasons with the Stratford Festival. He eventually made his Broadway debut starring in The Music Man, and returned to New York for the American premiere of Neil LaBute’s Some Girl(s). In 2012, he starred opposite James Earl Jones and Angela Lansbury in Tony-nominated Gore Vidal's The Best Man.

However, it was his breakthrough role as gay lawyer “Will Truman” on NBC’s Emmy-winning comedy Will & Grace from 1998 to 2005 which earned him a Screen Actors Guild Award in 2002, five Golden Globe nominations from 2000 to 2004 and the Emmy for ‘Lead Actor in a Comedy Series’ in 2001. A decade after the show’s unforgettable eight-season run, NBC revived “Will & Grace” to critical reception in Fall 2017. McCormack received a Golden Globe nomination in the category “Best Actor in a Television Series Musical or Comedy” and the show was nominated in the category of “Best Television Series – Musical or Comedy.” The show is currently in production on its second season, launching October 2018.

Most recently, McCormack has wrapped production on Season Three of Netflix’s “Travelers” for which he executive produces, directs and stars. The show was initially commissioned by Showcase. Netflix came on board as a partner and a worldwide distributor for the first two seasons. Starting with Season 3, Netflix will be the exclusive first-run network for the series in every territory around the world, including Canada. “Travelers” will premiere the end of 2018.

McCormack also wore the hats of director, producer and star of the TNT drama, Perception, which completed its third and final season in August 2014.His previous producer credits include Lovespring International for Lifetime, and the pilot Imperfect Union, for TNT.

McCormack’s other television credits include The Andromeda Strain (A&E), Borrowed Hearts (CBS), Trust Me (TNT), the title role in Who Is Clark Rockefeller? (Lifetime), The New Adventures of Old Christine (CBS) and two seasons as “Col. Clay Mosby” on Lonesome Dove: The Outlaw Years.

His film work includes Alien Trespass, the cult film Free Enterprise, My One and Only (opposite Rene Zellweger) and The Sisters (for which he and Maria Bello won Best Actor and Actress at the Atlanta Film Festival), Barricade and Knife Fight (opposite Rob Lowe), and The Architect.

In Fall 2016, McCormack raised over $20,000 for Stand Up to Cancer performing his one-man show, The Concert I Never Gave (except for, like, 2000 times in my bedroom). McCormack has hosted Saturday Night Live and the VH-1 Music Awards and as well as sung both the American and Canadian national anthems at the NHL All-Star Game. 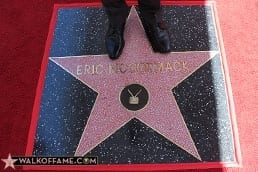