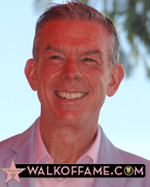 Watch the live star ceremony as the Hollywood Chamber honor Elvis Duran below.

The Hollywood Chamber of Commerce proudly honored radio personality Elvis Duran with the 2,603rd star on the Hollywood Walk of Fame on Thursday, March 2nd, at 11:30 a.m. PST.  The star in the category of Radio was dedicated at 1717 Vine Street at the Redbury Hotel and across the street from the iconic Capitol Records Building.

Elvis Duran is a native of Texas. Duran considers himself the host of the party on his national radio show, which is the most listened to Top 40 morning show in the U.S. and consistently ranks No. 1 across multiple demographics and top markets. Broadcasting live from New York’s Z100, Duran and his on-air crew entertain listeners with up-to-the-minute entertainment and pop culture news, celebrity guests, hit songs, and regular features on the “Entertainment Report,” the news-worthy “Headlines,” and the ever-popular prank “Phone Taps.”

Duran’s radio career has spanned 30 years and has included both host and program director duties at Philadelphia’s WIOQ and Austin’s KBTS, as well as stints at Z-93 in Atlanta and KRBEHouston.He began hosting his daily radio show on New York’s Z100 in April 1996. Since then, the show has enjoyed much success resulting in a national contract in March 2009 with the country’s leading radio syndication company, Premiere Networks, a subsidiary of Clear Channel Media and Entertainment. Within one year, Elvis Duran and the Morning Show added more than 30 stations. Today, he’s heard on over 80 radio stations including 96.5 KISS FM/WAKS-FM in Cleveland, Channel 99.9/WDKF-FM in Dayton, KISS 107.5/KKDM-FM in Des Moines, Z-104/WZEE-FM in Madison, Y100/WHYI-FM in Miami/Ft. Lauderdale, and Q102/WIOQ-FM in Philadelphia. The show also airs on XM Satellite Radio, iHeartRadio.com, the iHeartRadio mobile app, and The Elvis Duran Channel on www.ElvisDuran.com.

In 2012, Clear Channel Media and Entertainment signed Duran to a new long-term deal. He continues hosting his hit syndicated show while expanding his role in such areas as talent and programming development, as well as serving as a spokesperson for the company.

The radio industry has honored Duran and his program with several awards and nominations such as “Best Morning Show” by New York’s Achievement in Radio Awards, “Personality of the Year” by the Radio Music Awards, “Best Personality” by Radio & Records,

“Best Top 40 Disc Jockey” nomination by Billboard Magazine Radio, and “Best Major Market Top 40 Air Personality” by Billboard/Airplay Monitor. The National Association of Broadcasters Elvis Duran for the 2012 NAB Marconi Award for Network/Syndicated Personality of the Year. Additionally, Duran served as an event chair for the GLAAD Manhattan Awards in 2012 where he was also honored for his contributions to the community. In 2014, Elvis was selected as an ‘Out 100’ honoree, and was featured on the publications’ 20th Anniversary List in their November/December issue. After his incredible life transformation, Elvis was profiled in People Magazine regarding his inspiring weight loss story. Referred to as “the most important radio DJ in the country” by Huffington Post, Duran was named ‘Broadcaster of the Year’ by the New York State Broadcasters Association. In 2015, he received the prestigious honor of being inducted into the National Radio Hall of Fame.

Today, not only is Duran a driving force in radio, but he’s also been making the television rounds. As a regular guest on The Today Show, Duran appears on his own bi-monthly segment called “Elvis Duran’s Artist of The Month,” which features an up-and-coming artist he’s discovered. In addition, Elvis has co-hosted Entertainment Tonight’s live Grammy Red Carpet Show alongside Nancy O’Dell on POP Television two years in a row.  Duran also has been a guest on [as the Tonight Show or as The Late Night] with Jimmy Fallon, Access Hollywood, The Talk, Wendy Williams, The Dr. Oz Show, ABC’s Nightline, CNN, Extra TV, and more.

Beyond the studio, Duran is a committed philanthropist.  In April 2016, Elvis was asked to be the Grand Marshal for Miami Beach Pride, and invited Iggy Azalea to be his Guest of Honor throughout the weekend’s festivities. The entire Morning Show participated in the parade, and also hosted a fundraising event to benefit the LGBTQ community. He’s the co-chair of Rosie’s Theater Kids, an organization which brings enrichment through theater and the arts to underprivileged Manhattan children. With a soft spot for animals, he serves on the board of directors for Rock & Rawhide, a non-profit organization which aims to increase adoptions while providing a quieter, stress-free life for animals surrendered to shelters.

In addition, Duran is a contributor to St. Jude Children’s Research Hospital, as well as the Staten Island Zoo’s annual endowment, the Robin Hood Foundation, Alex’s Lemonade Stand, and Musicians On Call, an organization that provides live and recorded music to the bedsides of patients in healthcare facilities. As an advocate for the LGBT community, Elvis also works closely with GLAAD and takes part in their national Spirit Day campaign. 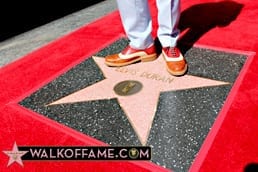