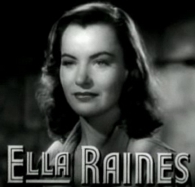 Education:
Drama at the University of wa

Ella Raines was an American actress. Born Ella Wallace Raines near Snoqualmie Falls, Washington, Raines studied drama at the University of Washington and was appearing in a play there when she was seen by Howard Hawks. She became the first actor signed to the new production company he had formed with the actor Charles Boyer, "B-H Productions", and made her film debut in Corvette K-225 in 1943.

During 1954 she starred in her own television series Janet Dean, Registered Nurse. She also appeared in such television series as Robert Montgomery Presents, Douglas Fairbanks, Jr., Presents, Lights Out, Pulitzer Prize Playhouse and The Christophers.

She retired from acting in 1957, but made one further acting appearance with a guest role in the series Matt Houston in 1984. 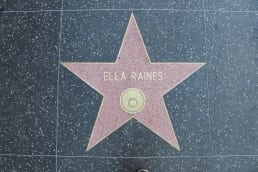