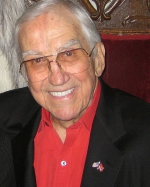 Edward Peter “Ed” McMahon, Jr. was an American celebrity, comedian, game show host, and announcer. He is most famous for his work on television as Johnny Carson’s announcer and sidekick on The Tonight Show from 1962 to 1992. He also hosted the original version of the talent show Star Search from 1983 to 1995. He co-hosted TV’s Bloopers and Practical Jokes with Dick Clark from 1982 to 1986. He also presented sweepstakes for the direct marketing company, American Family Publishers. McMahon annually co-hosted the Jerry Lewis Labor Day Telethon. He performed in numerous television commercials, most notably for Budweiser. In the 1970s and 1980s, he anchored the team of NBC personalities conducting the network’s coverage of the Macy’s Thanksgiving Day Parade. McMahon appeared in several films, including The Incident, Fun With Dick and Jane, Full Moon High, and Butterfly, as well as briefly in the film version of Bewitched. According to Entertainment Weekly, McMahon is considered one of the greatest “sidekicks”.

McMahon was born in Detroit, Michigan to Edward Peter McMahon, Sr. a fund-raiser and entertainer, and his wife Eleanor McMahon. He was raised in Lowell, Massachusetts. McMahon attended Boston College in 1940-41 and later graduated from the Catholic University of America, majoring in speech and drama on the GI Bill in 1949. He was a member of Phi Kappa Theta fraternity. McMahon began his career as a bingo caller in Maine when he was fifteen.

Prior to this, he worked as a carnival barker for three years in Mexico, Maine. He put himself through college as a pitchman for vegetable slicers on the Atlantic City boardwalk. His first broadcasting job was at WLLH-AM in his native Lowell and he began his television career in Philadelphia at WCAU-TV.