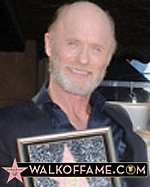 Harris made his feature film directing debut on “Pollock,” receiving an Academy Award® nomination as Best Actor for his performance in the title role. His co-star, Marcia Gay Harden, won a Best Supporting Actress Oscar® under his direction.

Harris’ extensive film credits include “Appaloosa,”  “A History of Violence,” “The Hours,” (Oscar®, Golden Globe, SAG and BAFTA nominations); “Frontera,”“The Face of Love,” with Annette Bening; “Pain and Gain”; “Gone Baby Gone”; “The Truman Show” (Oscar® nomination, Golden Globe Award); “Apollo 13” (Oscar® and Golden Globe nominations, SAG Award); “The Way Back”; “The Right Stuff”; “The Abyss”; “The Rock”; “The Human Stain”; “A Beautiful Mind”; “The Firm”; “Places in the Heart”; “Alamo Bay,” “State of Grace,” “The Third Miracle”  “Touching Home” and many others.

On television, Harris will star in J.J. Abrams’ and Jonathan Nolan’s “Westworld” for HBO. When last on HBO, Harris won a Golden Globe Award for Best Supporting Actor, along with Emmy and SAG nominations, for his portrayal of John McCain in the Jay Roach-directed “Game Change.” He starred with Paul Newman in the HBO miniseries “Empire Falls,” for which he received Emmy, Golden Globe and SAG Best Actor nominations. His other television credits include “The Last Innocent Man,” “Running Mates,” “Paris Trout” and “Riders of the Purple Sage,” for which he and his wife Amy Madigan, as co-producers and co-stars, were presented with the Western Heritage Wrangler Award for “Outstanding Television Feature Film.” 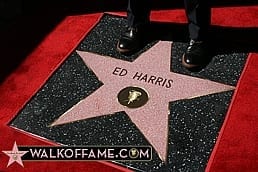