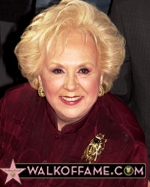 Doris May Roberts is an Emmy award-winning American character actress of film, stage and TV. With a seven-decade career, she is most widely known for playing Marie Barone on Everybody Loves Raymond from 1996&ndash;2005.

Roberts was born in St. Louis, Missouri, the daughter of Larry and Ann Meltzer. Her father deserted the family when Roberts was a child, and her mother raised Doris with the help of her Russian Jewish parents in The Bronx, New York. Her stepfather was Chester H. Roberts.

Roberts's acting career began in 1952 with a role on the TV series Studio One. She also appeared on such programs as The Naked City, Way Out, Ben Casey, and The Defenders. In 1961, she made her film debut in Something Wild starring Carroll Baker. In 1968, she appeared in A Lovely Way to Die and No Way to Treat a Lady. She also appeared in the 1970 cult film The Honeymoon Killers starring Shirley Stoler and Tony Lo Bianco. In 1971, Roberts appeared in three films, Otto Preminger's Such Good Friends, Alan Arkin's Little Murders, and Elaine May's A New Leaf. In an interview with the Archive of American Television, Rue McClanahan confirmed that in 1972 she was approached by Norman Lear during the taping of an All In The Family episode to be a late replacement for Roberts, who was originally intended for the role of Vivian in Maude. She acted in a Walter Matthau vehicle again in 1974's The Taking of Pelham One Two Three. In 1978, she appeared in a film about John F. Kennedy's assassination, Ruby and Oswald, in which she played Jack Ruby's sister. She also appeared very briefly in The Rose, as the mother of the title character. Since then, she has usually been cast as a mother or mother-in-law. An example of this was when she played newsstand owner, Theresa Falco, mother of Donna Pescow on Angie. After Angie was cancelled, she appeared as Mildred Krebs on Remington Steele, which starred Pierce Brosnan and Stephanie Zimbalist. After that show's cancellation, she starred in the TV movie remake of If It's Tuesday, It Still Must Be Belgium and the National Lampoon's Christmas Vacation with Chevy Chase and Beverly D'Angelo. She also appeared on Alice, playing the mother of the title character, the wife of a man who secretly went to a sex surrogate on Barney Miller, as well as Danny Tanner's mother on Full House. She played mother Flo Flotsky on four episodes of Soap, and she was lonely Aunt Edna on the ABC sitcom Step by Step. She also showed up on an episode of Walker Texas Ranger. 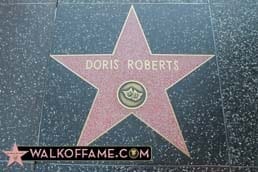