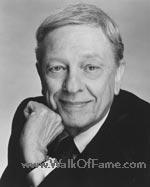 Knotts was born in Morgantown, West Virginia, a son of William Jesse Knotts and his wife, the former Elsie L. Moore. Knotts' paternal ancestors had emigrated from England to America in the 17th century, originally settling in Queen Anne's County, Maryland. Knotts's father was a farmer, but suffered a nervous breakdown and lost his land. Afflicted with both schizophrenia and alcoholism, he died when Knotts was thirteen years old. Knotts and his three brothers were then raised by their mother, who ran a boarding house in Morgantown. Knotts is a sixth cousin of Ron Howard, a co-actor on the Andy Griffith Show.

After performing in many venues, Knotts got his first major break on television in the soap opera Search for Tomorrow where he appeared from 1953 to 1955. He came to fame in 1956 on Steve Allen's variety show, as part of Allen's repertory company, most notably in Allen's mock "Man in the Street" interviews, always as an extremely nervous man. The laughs grew when Knotts stated his occupation?always one that wouldn?t be appropriate for such a shaky person, such as a surgeon or explosives expert.