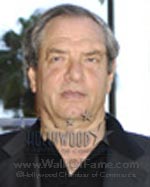 Richard Anthony “Dick” Wolf is an American producer, specializing in crime dramas such as Miami Vice and the Law & Order franchise. Throughout his career he has won several awards including an Emmy Award and a star on the Hollywood Walk of Fame.

Wolf was born in New York City, the son of Marie G., a homemaker, and George Wolf, an advertising executive. He went to Saint David’s School in New York City. Wolf was enrolled at Phillips Academy, and graduated from The Gunnery. He enrolled at the University of Pennsylvania, graduating in 1969. He was a member of Penn’s chapter of the Zeta Psi fraternity.

Wolf worked as an advertising copywriter at Benton & Bowles creating commercials for Crest toothpaste, all the while writing screenplays in the hopes of a film career. It was at this time that he briefly collaborated on a screenplay with Oliver Stone, who was also a struggling screenwriter at the time. He moved to Los Angeles after a few years and had three screenplays produced; one of these films, Masquerade starring Rob Lowe and Meg Tilly, was well received. He started his television career as a staff writer on Hill Street Blues and was nominated for his first Emmy for an episode on which he was the only writer. He moved from there to Miami Vice where he was a supervising producer.

Wolf’s Law & Order is the second-longest-running dramatic show in television history, making it one of television’s most successful franchises. It has been nominated for the most consecutive Emmy Awards of any primetime drama series. Wolf serves as creator and executive producer of the four current Law & Order drama series from Wolf Films and NBC Universal Television &ndash; Law & Order, Law & Order: Special Victims Unit, Law & Order: Criminal Intent, and Law & Order: UK. A third spinoff of the original franchise, Law & Order: Trial by Jury, was cancelled after its first season. In addition, he was the creator and executive producer of NBC’s courtroom reality series Crime & Punishment, which chronicled real-life cases prosecuted by the San Diego District Attorney?s office.