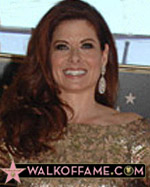 The Hollywood Chamber of Commerce proudly honored  actress Debra Messing with the 2,620th star on the Hollywood Walk of Fame on Friday, October 6, 2017 at 11:30 a.m. PDT. The star was dedicated in the category of Television at 6201 Hollywood Boulevard in front of the newly-developed Eastown.

“Debra Messing is a fan favorite and a great addition to our Hollywood Walk of Fame! Her role in the ground breaking “Will and Grace” show will always be part of television history,” stated Ana Martinez, Producer of the Walk of Fame ceremonies.

Helping Emcee and Hollywood Chamber President/CEO Leron Gubler to unveil the star were guest speakers: Mariska Hargitay and Max Mutchnick, creator of “Will and Grace.”

Debra Messing is a native of Rhode Island.  She attended Brandeis University and received her MFA from NYU. After school, she went to Seattle and was in the Importance of Being Earnest.” She was cast as an understudy in “Four Dogs and a Bone.” She was later cast as Gail O’Grady’s sister on “LAPD Blue” for three episodes. Her first film was “A Walk in the Clouds” opposite Keanu Reeves, Anthony Quinn and Giancarlo Giannini.

Messing is best known for her role on NBC’s Emmy Award-winning and Golden Globe-nominated comedy series Will & Grace.

Messing is back in production on NBC’s 12-episode revival of Will & Grace with the entire original creative team, which premiered last week.

Previously, Messing starred in the NBC series The Mysteries of Laura, which premiered in 2014. In 2012 and 2013, Messing starred as Julia Houston in NBC’s Smash, a musical drama about the creation of a new Broadway show.In 2014, Messing made her own Broadway debut in the Tony Award-nominated production of John Patrick Shanley’s Outside Mullingar. Other theater credits include Donald Marguiles’ Pulitzer Prize finalist Collected Stories, and Paul Rudnick’s Off-Broadway play The Naked Truth.

Messing’s film work includes the box office hit Along Came Polly and The Wedding Date. Messing starred in The Women and the family comedy Nothing Like The Holidays. She also co-starred in Woody Allen’s Hollywood Ending, and The Mothman Prophecies. Messing won a Best Featured Actress Award for her work in the 2015 Indie drama Like Sunday Like Rain.

Messing is the Global Health Ambassador for Population Services International (PSI) focusing on HIV/AIDS. She has traveled extensively in Africa in this role and in 2010 testified before the House Foreign Affairs sub-committee on Africa and Global Health. She was also a key speaker at the 2012 AIDS conference in DC. Other charities Messing supports include HRC (Human Rights Campaign), Everytown for Gun Safety, and Joyful Heart Foundation. She was honored with The Trevor Life Award for her contributions to the LGBT community. 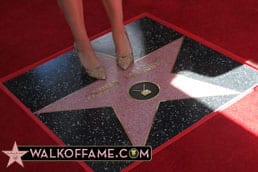