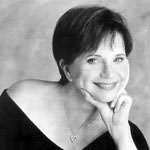 Cynthia Jane “Cindy” Williams is an American actress best known for starring in the television situation-comedy series Laverne & Shirley, in the role of “Shirley Feeney”. Although praised for her portrayal of Shirley, she left the show after the first episode of the show’s eighth and final season. She is also known for her role as Laurie Henderson in the classic film American Graffiti.

Williams was born in Van Nuys, California, to John and Lillie Williams. She has a sister, Carol Ann Williams. She graduated from Birmingham High School. Among her classmates were philanthropist and financier Michael Milken and fellow actress Sally Field. Cindy also attended Los Angeles City College and went on to become a movie actress in the early 1970s. She has appeared in 19 movies.

After college, she began her professional career by landing national commercials, which included Foster Grant sunglasses and TWA. Her first roles in television, among others, were on Room 222, Nanny and the Professor and Love American Style.

Williams picked up important film roles early in her career: George Cukor’s Travels with My Aunt ; as Ron Howard’s high school sweetheart in George Lucas’s American Graffiti ; and Francis Ford Coppola’s The Conversation. She auditioned for Lucas’s next project, Star Wars, but lost the role of Princess Leia to a younger actress, Carrie Fisher.