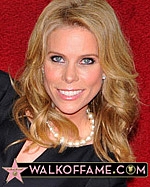 Watch Cheryl Hines Walk of Fame star ceremony at the end of this page.

The Hollywood Chamber of Commerce presented first star of the New Year to actress Cheryl Hines on Wednesday, January 29, 2014 at 11:30  a.m. PST in front of the Napoleon Perdis Makeup Academy and Concept Store. “We are very happy to honor this multi-talented lady with a star on the Hollywood Walk of Fame,” said Leron Gubler, President & CEO of the Hollywood Chamber of Commerce. “We thought that her glamorous look on her show fits right in with this makeup academy.”

Emcee Leron Gubler, President & CEO of the Hollywood Chamber of Commerce and guest speakers Kevin Nealon and Jeremy Sisto helped Hines unveil the 2,516th star in the category of Television at 6621 Hollywood Boulevard. The star ceremony was streamed live exclusively on www.walkoffame.com

Actress, producer and director, Cheryl Hines was born in Miami and grew up in Tallahassee, Florida.  She studied with the Groundlings Theater Group in Los Angeles and credits this chapter in her life with helping her launch her career in show business.

Cheryl Hines currently stars as Dallas Royce in the hit ABC comedy series “Suburgatory,” opposite Jeremy Sisto and Jane Levy. The show which premiered its third season on January 15, airs Wednesdays at 8:30 p.m. on ABC.  She is a two-time Emmy nominee for her role as Cheryl David on HBO's Golden Globe Award-winning series "Curb Your Enthusiasm," the brainchild of “Seinfeld” co-creator Larry David.

This past fall Cheryl was seen in the Vuguru produced web series “We Need Help,” on Yahoo! Cheryl starred alongside Rachael Harris, they played exaggerated versions of themselves as actresses who share a personal assistant. In addition to creating and producing the show Cheryl also directed each of the episodes.

Cheryl’s additional television projects included a co-starring role in the live action/CG adaptation of the Nickelodeon hit animated series “The Fairly Odd Parents” television movie ““A Fairly Odd Movie: Grow Up, Timmy Turner!” opposite Jason Alexander.  She had a major story arc on the ABC drama series "Brothers and Sisters" and a starring role opposite Megan Mullally in the ABC Television Network series "In the Motherhood," a comedy series chronicling the hilarious ups and downs of motherhood.

Cheryl has also produced and directed several television projects including Executive Producer and creator of the NBC Television Series "School Pride," a proactive, alternative series that told the stories of communities coming together to renovate their aging and broken public schools.   The cameras followed students, teachers and parents as they rolled up their sleeves and rebuilt their own schools, concluding with the unveiling of a brand new, completely transformed school.  She also produced the award-winning comedy series “Campus Ladies” for the Oxygen Channel and the Starz Networks original comedy series "Hollywood Residential."

Cheryl co-starred alongside Peter Bogdanovich and Alicia Witt in the feature film “Cold Turkey,” which was released this fall.  Set in present-day Pasadena, the film centers on the eccentric Turner clan, an upper-class family torn apart by secrets revealed over a Thanksgiving weekend. Patriarch Poppy (Bogdanovich) has invited his black sheep daughter Nina (Witt) home for the holiday – her first visit in 15 years. Nina immediately clashes with stepmother Deborah (Hines), and competes with her siblings (Holmes and Walger) for Poppy’s affection – and money. Over three days, the family gradually disintegrates over who will get Poppy’s money – only to discover he’s broke.

Cheryl's feature film directorial debut, “Serious Moonlight" was released in 2012 through Magnolia Films. The film premiered with critical acclaim at the Tribeca Film Festival. The screenplay was written by the late Adrienne Shelly, who directed Cheryl in the critically acclaimed "Waitress." The film is a dark comedy centered on the troubled marriage of a high-powered female attorney (played by Meg Ryan) who learns that her husband (Timothy Hutton) is about to leave her for another woman.

Cheryl’s other critically acclaimed roles in feature films and box office hits include:  "The Ugly Truth," "RV," "Waitress," "The Grand" and "Bart Got A Room."

Cheryl is very involved in philanthropic work which includes involvement with The Creative Coalition, The Waterkeeper Alliance as well as Best Buddies. She currently serves as the International Goodwill Ambassador for the United Cerebral Palsy Foundation. 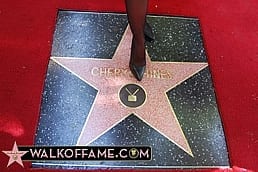