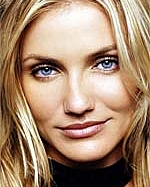 Diaz has been honored for her work in a wide range films. A four-time Golden Globe nominee, Diaz earned her first nod in 1999 for her performance in the smash hit comedy "There's Something About Mary." She was also named the Best Actress of the Year by the New York Film Critics Circle, and won an MTV Movie Award. The following year, she was Golden Globe-nominated for her role in "Being John Malkovich," for which she also received nominations for a BAFTA Award and an individual Screen Actors Guild (SAG) Award®, as well as a second SAG Award® nomination shared with the cast. Diaz garnered her third Golden Globe nomination, as well as SAG Award® and American Film Institute Award nominations, for her performance in "Vanilla Sky." She earned her fourth Golden Globe nod for her role in Martin Scorsese's epic drama "Gangs of New York."

Diaz made her feature film debut in the 1994 comedy "The Mask." She went on to star in the smash hit romantic comedy "My Best Friend's Wedding," the blockbuster actioner "Charlie's Angels," and the sequel "Charlie's Angels: Full Throttle." Her other credits include "The Sweetest Thing," "Things You Can Tell Just By Looking at Her," "Any Given Sunday," "She's the One," "Feeling Minnesota," "Head Above Water," "A Life Less Ordinary," "Very Bad Things," "In Her Shoes," "The Holiday," "What Happens in Vegas," and "My Sister's Keeper."

She has also been the voice of Princess Fiona in the Oscar® – winning "Shrek" and its hit sequels "Shrek 2" and "Shrek the Third." She reprised her role in "Shrek Forever After." 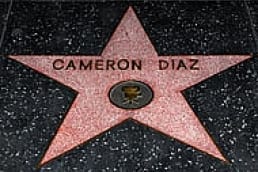