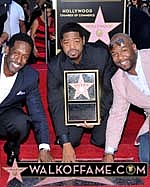 Star placed near legendary Motown artists The Supremes, Stevie Wonder, The Miracles and The Temptations

A truly iconic band, Boyz II Men redefined R&B and revolutionized the genre. Celebrating their 20th anniversary this year, the band has penned and performed some of the most celebrated songs and timeless classics of the past two decades. The group’s four Grammy Awards are just the tip of the iceberg: throughout their 20-year career, Boyz II Men has also won a whopping nine American Music Awards, nine Soul Train Awards, and three Billboard Awards.

This iconic group has earned the honor of being the best-selling R&B group of all time, with an astounding 60 million albums sold. And the reason is abundantly clear: for the past two decades Boyz II Men has given fans a catalogue of iconic hits brimming with rich, smooth harmonies and the kind of resonant themes that appeal across generations. And for Boyz II Men the hits just keep on coming—the group continues to craft new albums and bring their legendary act to stages across the world.

Boyz II Men’s most recent albums have earned them major critical acclaim. Their Decca label debut, Motown: A Journey Through Hitsville USA (Decca/Universal), on November 13, 2007 earned them two Grammy Nominations. This collection of Detroit soul classics took the music scene by storm: Motown rose to No. 27 on the Billboard Top 200 and to No. 6 on the trade’s R&B Albums chart. The album earned two Grammy Award nomina­tions, for “Best R&B Album” and “Best R&B Performance By A Duo Or Group With Vocals” (for the Stevie Wonder cover “Ribbons In The Sky”) and sparked the release of Boyz II Men’s first full-length live concert DVD, Motown: A Journey Through Hitsville USA – Live (Decca/Universal, released 12/9/07).

They followed up the success of Motown with their latest album, Love. Released November 17, 2009 on Decca, Love is a collection of timeless songs from the heart, one that spans multiple genres and generations. Working once again with Motown producer Randy Jackson, Boyz II Menbring their distinctive individual voices and peerless harmonies to bear on songs made famous by Bonnie Raitt, The Manhattans, Journey, The Spinners, Sam Cooke, Cyndi Lauper, and the Beatles.

Boyz II Men marked their 20th anniversary by releasing a landmark album, fittingly titled Twenty. The album contains the group’s first original material in nearly a decade as well as a dozen remasetered classic, career-defining hits. Twenty debuted at #20 ON THE Billboard Top 200 Albums Chart, #4 on the Billboard R&B album chart, #10 on the Billboard Digital Album Chart, and placed #1 on the iTunes R&B  Soul Album chart. Twenty’s first single, "More Than You'll Ever Know" cracked into the top 15 on Urban AC charts and is still climbing.

Boyz II Men’s past hits include: End of the Road, I’ll Make Love to You, One Sweet Day,  Motownphilly and many others.

Boyz II Men has won fans the world over with their soulful multi-octave sound and incredible vocals. Given the monumental success of their albums and the timeless quality of their vocals, it’s easy to see why Boyz II  Men remains the most popular R&B group of all time. Ask any successful pop or R&B superstar which artists have inspired them- chances are Boyz II Men will be spotlighted. From Justin Timberlake and Usher to Justin Bieber and Beyonce, the most successful stars in the industry look to Boyz II Men as their idols.

The group has its own philanthropic organization called Boyz II Men House which lends support to individuals and organizations that focus on improving quality of life and helping to unlock human potential, while contributing to the health and vitality of those less fortunate.

On a final note, Boyz II Men has  made R&B accessible to the masses and helped the genre come into its own—and fans throughout the world still flock to see them perform at sold out shows.

The band continues to tour across the country and around the globe, performing a mix of their latest tracks and treasured classics.  And with Boyz II Men receiving the first star of 2012 on the Hollywood Walk of Fame, it appears that 2012 is already shaping up to be another busy year for the Boyz. 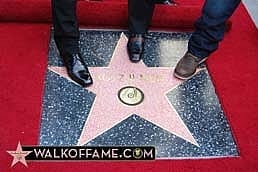