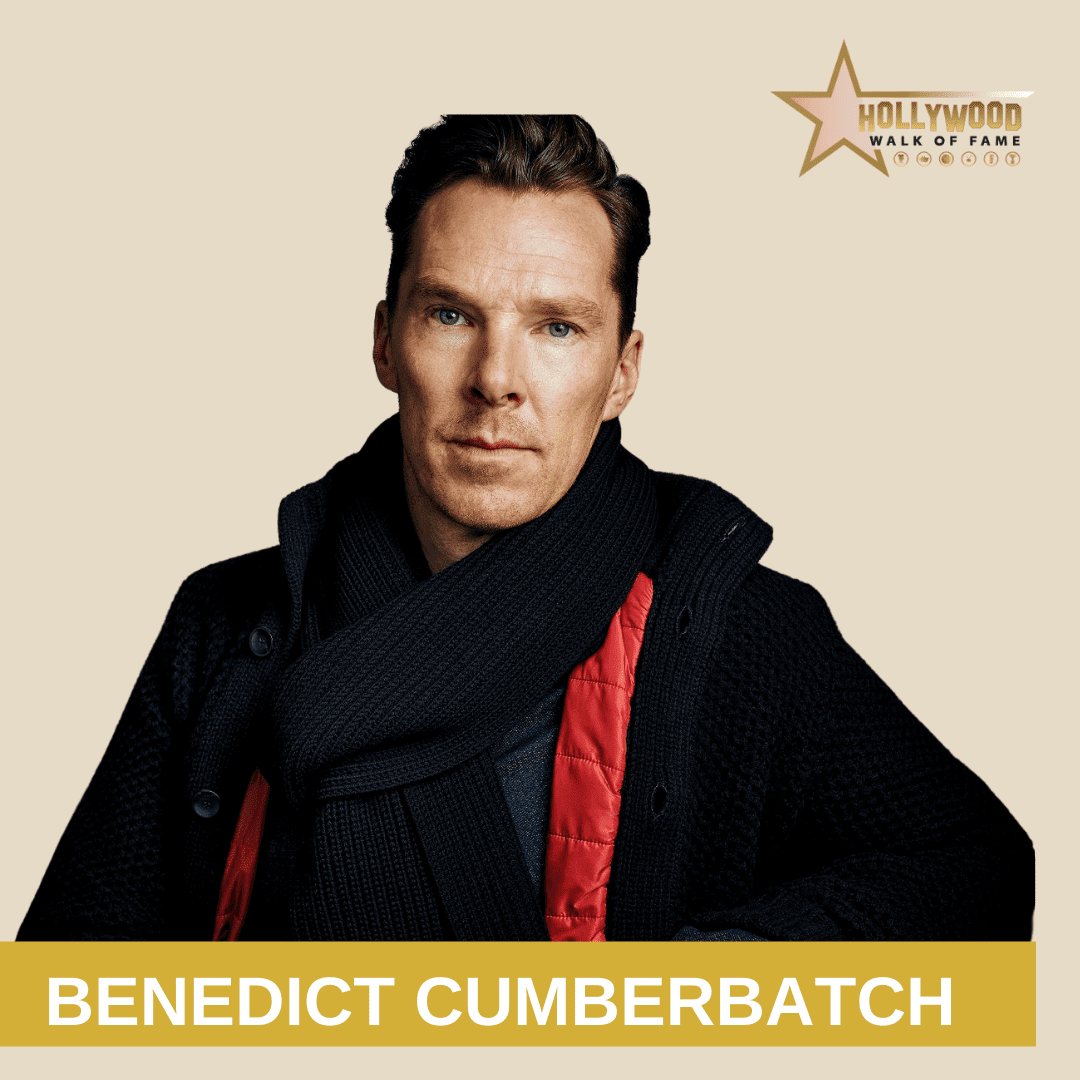 Emcee: Hollywood Chamber of Commerce Chair of the Board, Nicole Mihalka

WHERE: 6918 Hollywood Boulevard in front of The Line Store

The Hollywood Chamber of Commerce proudly honored actor Benedict Cumberbatch with with the 2,714th star on the Hollywood Walk of Fame on Monday, February 28th at 11:30 a.m. PST. The star was dedicated in the category of Motion Pictures at 6918 Hollywood Boulevard in front of The Line Store.

Joining Emcee Nicole Mihalka, Chair of the Board of the Hollywood Chamber of Commerce were  speakers are Director J.J. Abrams and Kevin Feige, President, Marvel Studios and Chief Creative Officer, Marvel.

Academy Award nominee Benedict Cumberbatch has established himself as one of the most versatile actors of his generation with an array of emotionally searing and complex roles defining his body of work.

Cumberbatch will next be seen reprising his role as ‘Doctor Strange’ in Marvel’s DOCTOR STRANGE IN THE MULTIVERSE OF MADNESS, releasing on May 6, 2022. The original film, released in 2016, grossed nearly $700 million worldwide.

Last year, Cumberbatch starred in Will Sharpe’s THE ELECTRICAL LIFE OF LOUIS WAIN for Amazon Studios and StudioCanal. He also served as a producer through his production company SunnyMarch. The film, which premiered at the Telluride Film Festival, follows the English artist, Louis Wain, as he rises to prominence at the end of the 19th century. In 2021, he also appeared as ‘Doctor Strange’ in Jon Watts’ SPIDER-MAN: NO WAY HOME, currently the sixth highest grossing film of all time.

Cumberbatch received Academy Award, Golden Globe, BAFTA and SAG Award nominations for his portrayal of ‘Alan Turing’ in Morten Tyldum’s THE IMITATION GAME alongside Keira Knightley. The film received an Academy Award nomination for ‘Best Picture’ and the cast was nominated for a SAG Award in the category of ‘Outstanding Performance by a Cast in a Motion Picture’.

He was also recently part of Sam Mendes’ critically acclaimed film 1917 alongside George MacKay, Dean-Charles Chapman, Colin Firth and Mark Strong. The film follows two young British soldiers on a single day at the height of World War I and received numerous awards including an Academy Award nomination in the category of Best Picture. Additionally, the film won multiple BAFTA awards including ‘Best Film’ and ‘Outstanding British Film of the Year’ and received the Golden Globe for ‘Best Motion Picture’.

In theatre, Cumberbatch starred in HEDDA GABLER, playing the role of ‘George Tesman’ at the Almeida Theatre. He reprised his role at the Duke of York’s Theatre marking his West End debut. For his performance, he received a Laurence Olivier Award nomination and won the Ian Charleson Award. Cumberbatch also starred in FRANKENSTEIN at the Olivier National Theatre for which he portrayed ‘Victor Frankenstein’ and his ‘creature’ on alternate nights. For this role, he received the Laurence Olivier Award, the Evening Standard Award, and the Critics’ Circle Theatre Award. Additional West End credits include Shakespeare’s HAMLET at the Barbican Theatre. For his portrayal of the titular character, he earned his third Laurence Olivier Award nomination.

In 2013, Cumberbatch established his production company SunnyMarch alongside his producing partner Adam Ackland. Their upcoming slate covers a variety of projects for television and film including LONDONGRAD, WAR MAGICIAN, THE 39 STEPS and END WE START FROM. He is also producing and starring in Justin Kurzel’s MORNING alongside Laura Dern and Noah Jupe. Cumberbatch also starred in and produced Kevin Macdonald’s THE MAURITANIAN, opposite Jodie Foster and Tahar Rahim. The film, which was released by STX, received a 2021 BAFTA nomination for ‘Best Film’. For their performances, Foster won a Golden Globe award and Rahim received a Golden Globe nomination. Additionally, Cumberbatch starred in and produced Dominic Cooke’s THE COURIER, alongside Rachel Brosnahan, for Lionsgate. He was also featured in and served as narrator for SunnyMarch’s documentary WALK WITH ME.