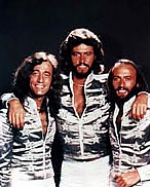 See the Hollywood Walk of Fame Star Ceremony announcement
The Bee Gees After achieving their first chart success in Australia with “Spicks and Specks”, they returned to the United Kingdom in January 1967 where producer Robert Stigwood promoted them to a worldwide audience. It has been estimated that the Bee Gees’ record sales total more than 200