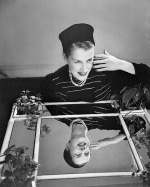 Bea Lillie was a comic actress. She was born as Beatrice Gladys Lillie in Toronto, Ontario, Canada. Following her marriage in 1920 to Sir Robert Peel, she was known in private life as Lady Peel.

She began performing in Toronto and other Ontario towns as part of a family trio with her mother and older sister, Muriel. Eventually, her mother took the two girls to London, England where she made her West End debut in 1914.

She was noted primarily for her stage work in revues, especially those staged by André Charlot, and light comedies, and was frequently paired with Gertrude Lawrence, Bert Lahr and Jack Haley. Beatrice Lillie, as she would be known professionally, took advantage of her gift for witty satire that made her a stage success for more than 50 years.

In her revues, she utilized sketches, songs, and parody that won her lavish praise from the New York Times after her 1924 New York debut. In some of her best known bits, she would solemnly parody the flowery performing style of earlier decades, mining such songs as “There are Fairies at the Bottom of our Garden” and “Mother Told Me So” for every double entendre, while other numbers showcased her exquisite sense of the absurd. Her performing in such comedy routines as “One Double Dozen Double Damask Dinner Napkins”, earned her the frequently used sobriquet of “Funniest Woman in the World”. Lillie never performed the “Dinner Napkins” routine in Britain, because British audiences had already seen it performed by the Australian-born English revue performer Cicely Courtneidge, for whom it was written. 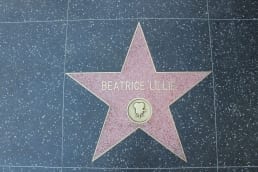