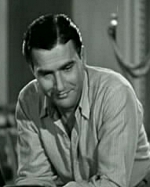 Arthur Jacob Arshawsky, better known as Artie Shaw, was an American jazz clarinetist, composer, and bandleader. He is also the author of both fiction and non-fiction writings.

Born Arthur Jacob Arshawsky in New York City, Shaw grew up in New Haven, Connecticut, where, according to his autobiography his natural introversion was deepened by local antisemitism. Shaw began learning the saxophone when he was 13 years old, and by the age of 16, he switched to the clarinet and left home to tour with a band. Returning to New York, he became a session musician through the early 1930s. From 1925 until 1936, Shaw performed with many bands and orchestras, including those of Johnny Caverello and Austin Wylie. In 1929 and 1930 he played with Irving Aaronson’s Commanders, where he was exposed to symphonic music, which he would later incorporate in his arrangements.

Shaw first gained critical acclaim with his “Interlude in B-flat” at a swing concert at the Imperial Theater in New York in 1935. During the swing era, Shaw’s big band was popular with hits like “Begin the Beguine”, “Stardust”, “Back Bay Shuffle”, “Moonglow”, “Rosalie” and “Frenesi”. He was an innovator in the big band idiom, using unusual instrumentation; “Interlude in B-flat”, where he was backed with only a rhythm section and a string quartet, was one of the earliest examples of what would be later dubbed third stream.

In addition to hiring Buddy Rich, he signed Billie Holiday as his band’s vocalist in 1938, becoming the first white bandleader to hire a full-time black female singer to tour the segregated Southern US. However, after recording “Any Old Time” she left the band due to hostility from audiences in the South, as well as from music company executives who wanted a more “mainstream” singer. His band became enormously successful, and his playing was eventually recognized as equal to that of Benny Goodman: longtime Duke Ellington clarinetist Barney Bigard cited Shaw as his favorite clarinet player. In response to Goodman’s nickname, the “King of Swing”, Shaw’s fans dubbed him the “King of the Clarinet.” Shaw, however, felt the titles were reversed. “Benny Goodman played clarinet. I played music,” he said.