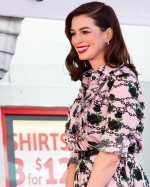 The Hollywood Chamber of Commerce is proud to announce that Oscar® winning actress Anne Hathaway was honored with the 2,663rd star on the Hollywood Walk of Fame on Thursday, May 9, 2019. The star was dedicated in the category of Motion Pictures at 6927 Hollywood Boulevard in front of the historic TCL Chinese Theatre.

“Anne Hathaway is one of our most renowned and versatile actresses and we are so proud to welcome her to the Hollywood Walk of Fame” stated Ana Martinez, Producer of the Walk of Fame ceremonies. “Her films are what dreams are made of and fans from around the world will be thrilled to see her star on our legendary sidewalk!” added Martinez.

Anne Hathaway is a native of New York and she first gained Hollywood’s attention for her turn in the television series, “Get Real”. She’s also had an equal measure of success with television voice-overs including Family Guy and the Simpsons, for which she received an Emmy® Award.
Anne was seen opposite Matthew McConaughey and Diane Lane in Serenity, as well as in the highly-regarded Warner Bros. Ocean’s Eight, opposite Sandra Bullock, Cate Blanchett, Sarah Paulson, Mindy Kaling, Helena Bonham Carter, and Rihanna. Additionally, she has be seen starring opposite Ben Affleck and Willem Dafoe in the Dee Rees directed film The Last Thing He Wanted.

In 2012, Anne starred as “Fantine” in the musical phenomenon, Les Misérables, a role that garnered Academy, Golden Globe, SAG and BAFTA Awards for “Best Supporting Actress”. In 2008, she was nominated for an Academy Award®, Golden Globe, and SAG Award for her performance in Jonathan Demme’s critically acclaimed Rachel Getting Married. The National Board of Review, Chicago Film Critics Association, and the Broadcast Film Critics Association all named Anne “Best Actress” in this role.

A veteran of the theatre, Hathaway appeared in the Lincoln Center Encore series presentation of Carnival, for which she won the prestigious 57th Annual Clarence Derwent Award. Additional theatre credits include Grounded (The Public Theatre), Twelfth Night (Shakespeare in the Park), and Woman In White (an Andrew Lloyd Webber’s workshop).

As an actress, Hathaway studied at the Paper Mill Playhouse in New Jersey, Barrow Group in New York City, and at NYU’s Collaborative Arts Projects “Cap 21” where she focused on her musical theater training. In April 2005, Barrow Group honored Anne for her achievements on behalf of the organization as the first and only teen ever admitted to their intensive acting program.

Hathaway was appointed as UN Women’s Global Ambassador in 2016, where she works with the UN Women to foster more positive mindsets and practical arrangements around workplaces that build and support equality for women. She also serves on the advisory board for Lollipop Theater Network, which is an organization that screens movies in hospitals for pediatric patients suffering from chronic or life-threatening illness. She also recently began working at The Nike Foundation’s “Girl Effect”. 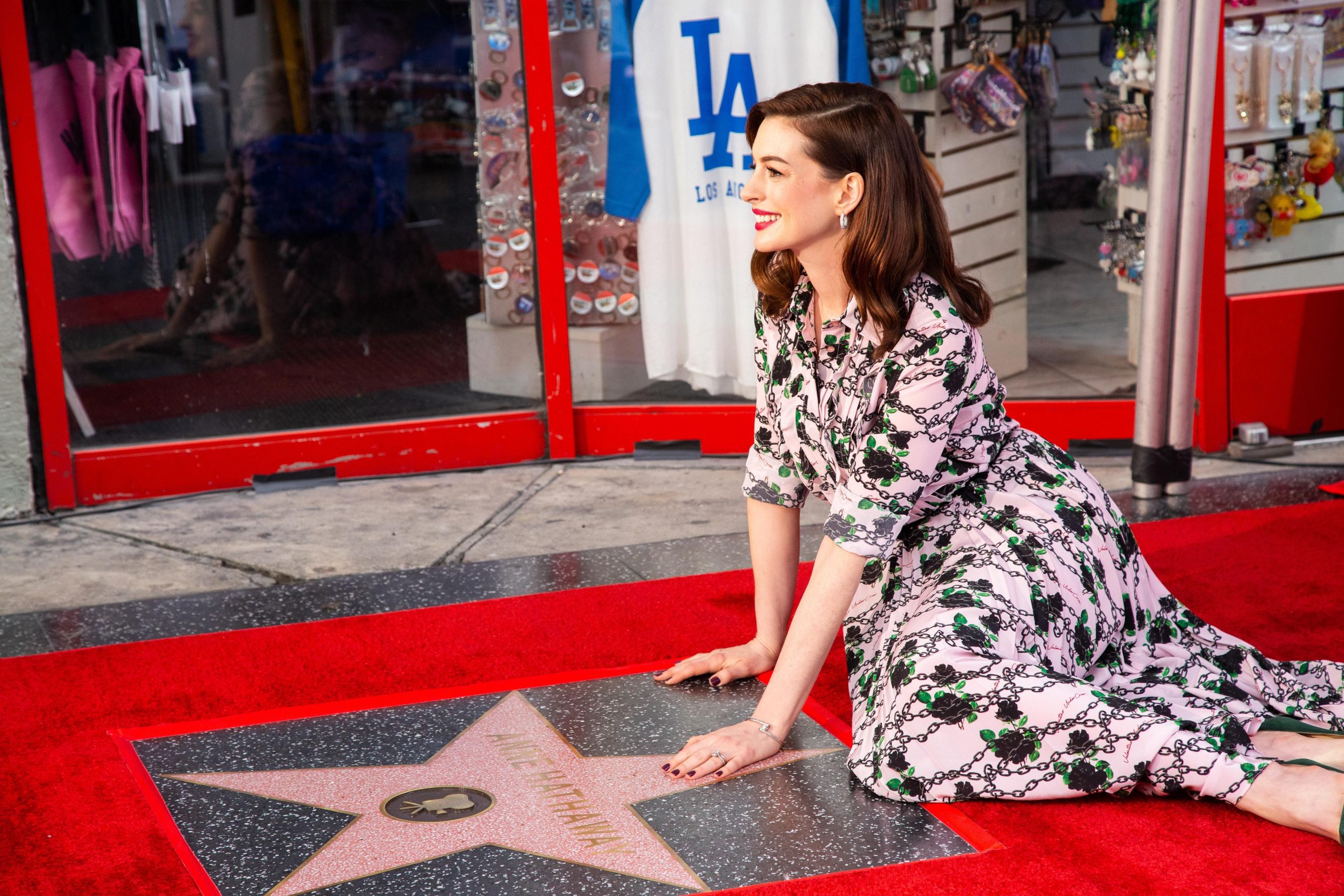