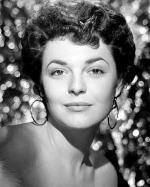 Anne Bancroft was an American actress associated with the Method acting school, after studying it under Lee Strasberg.

She made her film debut in Don’t Bother to Knock with Marilyn Monroe and worked as a contract player in several films before returning to her native New York and appearing in several Broadway plays. She later won an Academy Award for Best Actress for her performance in The Miracle Worker, and received subsequent nominations for her roles in The Pumpkin Eater, The Graduate, The Turning Point, and Agnes of God. Later in her career, she played character roles in many theatrical films such as Honeymoon in Vegas, G.I. Jane, Great Expectations, Antz, and Heartbreakers. She also starred in several television productions, including The Roman Spring of Mrs. Stone for which she received Emmy and Screen Actors Guild Award nominations.

Bancroft died of uterine cancer, age 73, in 2005. Among her survivors was her husband of 40 years, Mel Brooks, and their son Maximillian Brooks.

Bancroft was born Anna Maria Louisa Italiano in The Bronx, New York, the daughter of Mildred, a telephone operator, and Michael Italiano, a dress pattern maker. Her parents were both children of Italian immigrants. She was brought up as a Roman Catholic. Bancroft graduated from Christopher Columbus High School in the Bronx in 1948, and attended HB Studio, the American Academy of Dramatic Arts, the Actors Studio, and the American Film Institute’s Directing Workshop for Women at the University of California, Los Angeles. After appearing in a number of live television dramas under the name Anne Marno, she was told to change her surname for her film debut in Don’t Bother to Knock.