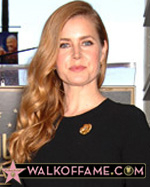 Watch as the Hollywood Chamber honors Amy Adams with Walk of Fame Star below.

The Hollywood Chamber of Commerce proudly honored actress Amy Adams today with the 2,598th star on the Hollywood Walk of Fame, Wednesday, January 11, 2017 at 11:30 a.m. The star in the category of Motion Pictures was dedicated at 6280 Hollywood Boulevard next to the W Hollywood Hotel.

Adams can currently be seen starring in Denis Villenueve’s Arrival opposite Jeremy Renner and Forest Whitaker. Taking place after alien crafts land around the world, the film follows the story of an expert linguist (Adams), who is recruited by the military to determine whether the aliens come in peace or are a threat. Paramount Pictures released the film on November 11, 2016.

Adams can also currently be seen starring in Tom Ford’s Nocturnal Animals, opposite Jake Gyllenhaal. The film, based on Austin Wright’s 1993 novel “Tony and Susan” was released by Focus last November.

Adams was most recently seen in Batman V Superman: Dawn of Justice, the sequel to the highly successful Man of Steel which was released in 2013. She reprised her role of Lois Lane opposite Henry Cavill as Superman and Ben Affleck as Batman. The film was released by Warner Bros. on March 25, 2016.

Adams recently wrapped production on Justice League Part One in which she reprises her role as Lois Lane opposite Ben Affleck, Henry Cavill and Gal Gadot. Directed by Zack Snyder, the DC Comics film will be released by Warner Brothers in 2017.

Adams will next go into production on HBO’s high-profile drama series Sharp Objects in which she will star and executive produce with Jean-Marc Vallée at the helm as director. Based on Gillian Flynn’s New York Times Best Selling book by the same name, the series centers on a reporter (Adams) who confronts the psychological demons from her past when she returns to her hometown to cover a violent murder. The series will be released in 2017.

Adams has teamed with Maven Pictures’ Trudie Styler and Celine Rattray to produce Object of Beauty, in which she is also set to star. The film is based on the novel by Steve Martin and follows a clever young art entrepreneur who climbs from gallery assistant to gallery owner.

Additional film credits include starring in Tim Burton’s Big Eyes opposite Christoph Waltz. In this biographical drama, Adams plays Margaret Keane, and Waltz plays her husband Walter Keane. The film tells the real-life story of the iconic couple who found immense success marketing paintings of large eyed children back in the 1950s and ’60s, with Walter taking the credit for his shy wife’s creations. Adams won a Golden Globe for “Best Actress in a Motion Picture, Musical or Comedy” and earned a BAFTA nomination for the performance. The Weinstein Company released the film December 25, 2014.

Adams starred in David O. Russell’sAmerican Hustle opposite Christian Bale, Bradley Cooper and Jeremy Renner. The film was released December 18, 2013 by Columbia Pictures. Adams won a Golden Globe Award for “Best Actress in a Motion Picture, Musical or Comedy”, a Critics’ Choice Award for “Best Actress in a Comedy” and a SAG Award for “Outstanding Performance by a Cast in a Motion Picture” for her performance in the film. Adams’ role also garnered her fifth Academy Awardnomination and BAFTA nomination. Adams was also recently seen in Spike Jonze’s Her opposite Joaquin Phoenix which was released by Warner Bros. December 18, 2013.

Adams previously starred in Paul Thomas Anderson’s The Master opposite Joaquin Phoenix and Philip Seymour Hoffman. The 1950s-set drama centers on the relationship between a charismatic intellectual known as “The Master” whose faith-based organization begins to catch on in America, and a young drifter who becomes his right-hand man. Adams plays Peggy Dodd, the wife of Philip Seymour Hoffman. Adams’ role garnered her a Golden Globe and BAFTA nomination in addition to her fourth Academy Award nomination.

In summer of 2012, Adams played the “Baker’s Wife” in Into the Woods as part of Shakespeare in the Park at the Delacorte.

Adams starred in Kevin Lima’s Enchanted opposite Patrick Dempsey and Susan Sarandon. Enchanted is a romantic fable that mixes live action with CG animation for Disney. The film was released November 21, 2007 and grossed over $300-million worldwide and earned Adams a Golden Globe nomination for Best Actress.

It was Adams’ role in Phil Morrison’sJunebug in 2005 in which she earned her first Academy Award and SAG nominations. She won an Independent Spirit Award, Broadcast Film Critics Association Award, National Society of Film Critics Award, San Francisco Film Critics Society Award and the Breakthrough Gotham Award for her role. Adams also won the Special Jury Prize for Acting at the 2005 Sundance Film Festival for her role as the pregnant, childlike Ashley, who is awe-struck by the arrival of her glamorous sister-in-law. 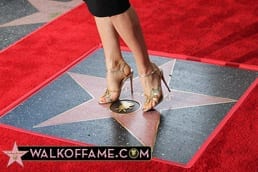