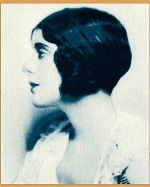 Born to John B. and Theresa Hayes Rueben in San Francisco, California, she performed since youth and became a star at the age of 19. She was educated at the Sacred Heart Convent in San Francisco. Her mother, Theresa, born in December 1871 in San Francisco, was of Irish heritage. Her father, John Ruebens, born in 1857 in Germany, was Jewish, and emigrated to the United States in 1890. An older sister, Hazel, was born in 1893. Although some biographies erroneously state that her birth name was Genevieve Driscoll, Driscoll was in fact her maternal grandmother’s maiden name.

In 1918, Alma announced that she was changing the spelling of her last of Rueben to “Rubens”, because it caused too much confusion in the movie industry and in publications. Alma’s first stage opportunity came in 1917, when a chorus girl in a comedy became ill; the young aspirant was called on to replace her merely because she happened to be there. Soon the stock company came to Los Angeles, California. After a short time, Rubens left the troupe on the advice of Franklyn Farnum, a member of the stock company. Farnum was given a motion picture role and persuaded Rubens to follow him into movies.

Her breakthrough performance was in 1916 in the movie Reggie Mixes In. She made six more films in that same year. In 1917 she starred in The Firefly of Tough Luck, which was a big success. She gained notoriety when she became Douglas Fairbanks’ leading lady in The Half Breed and supported Fairbanks and Bessie Love in the cocaine comedy The Mystery of the Leaping Fish later that same year. Soon she completed The World and His Wife, opposite Montague Love. She continued to work successfully until 1924. In that year she starred in The Price She Paid and Cytherea. She retired temporarily from the screen in 1926. 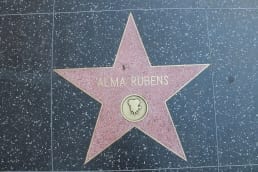