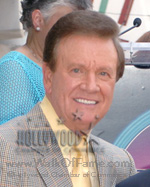 Martindale was born in Jackson, Tennessee and started his career as a disc jockey at age 17 at WPLI in Jackson, earning $25 a week. He was hired away by WTJS for double the salary by Jackson’s only other station, WDXI. He next hosted mornings at WHBQ in Memphis while a college student at Memphis State College, graduating with a Bachelor of Science degree in 1957. While there Martindale became a member of the Kappa Sigma Fraternity.

Martindale’s rendition of the spoken-word song, “The Deck Of Cards,” went to number seven on the Billboard Hot 100 chart and sold over a million copies in 1959. It also peaked at #5 in the UK Singles Chart in April 1963, one of four visits to that chart. It was followed by “Black Land Farmer”. In 1959, he became morning man at KHJ in Los Angeles, California, moving a year later to the morning show at KRLA and finally to KFWB in 1962. He also had lengthy stays at KGIL, KKGO/KJQI and Gene Autry’s KMPC. In 1967, Martindale narrated a futuristic documentary which predicted Internet commerce.

Martindale’s first break into television was at WHBQ-TV in Memphis, as the host of Mars Patrol, a science-fiction themed children’s television program. It was at his tenure with WHBQ that Martindale became the host of the TV show Teenage Dance Party where his friend Elvis Presley made an appearance. Following Presley’s death in 1977, Martindale aired a nationwide tribute radio special in his honor.