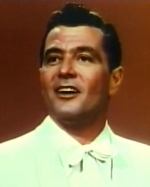 Tony Martin is an American actor and traditional pop singer.

Tony Martin was born as Alvin Morris in San Francisco, California to Jewish immigrant parents. He received a saxophone as a gift from his grandmother at the age of ten. In his grammar school glee club, he became an instrumentalist and a boy soprano singer. He formed his first band, named "The Red Peppers", when he was at Oakland Technical High School, eventually joining the band of a local orchestra leader, Tom Gerun, as a reed instrument specialist, sitting alongside the future bandleader Woody Herman. He attended Saint Mary's College of California during the mid-1930s.

After college, he left Gerun's band to go to Hollywood to try his luck in films. It was at that time that he adopted the stage name, Tony Martin. 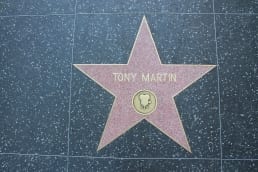