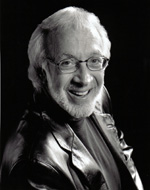 Stanley Winston was an American visual effects supervisor, makeup artist, and film director. He was best known for his work in the Terminator series, the Jurassic Park series, Aliens, the Predator series, Iron Man and Edward Scissorhands. He won four Academy Awards for his work.

Winston, a frequent collaborator with director James Cameron, owned more than one effects studio, including Stan Winston Digital. The established areas of expertise for Winston were in makeup, puppets and practical effects, but he had recently expanded his studio to encompass digital effects as well.

Stan Winston was born on April 7, 1946, in Arlington, Virginia, where he graduated from Washington-Lee High School in 1964. He studied painting and sculpture at the University of Virginia in Charlottesville from which he graduated in 1968. In 1969, after attending California State University, Long Beach, Winston moved to Hollywood to pursue a career as an actor. Struggling to find an acting job, he began a makeup apprenticeship at Walt Disney Studios.

In 1972, Winston established his own company, Stan Winston Studio, and won an Emmy Award for his effects work on the telefilm Gargoyles. Over the next seven years, Winston continued to receive Emmy nominations for work on projects and won another for 1974's The Autobiography of Miss Jane Pittman. Winston also created the Wookiee costumes for the 1978 Star Wars Holiday Special. 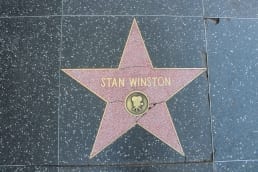