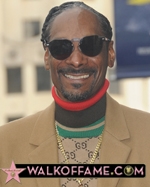 Born in Long Beach, California in 1971, Snoop Dogg is a multi-platinum Grammy-nominated artist, Emmy-nominated personality host, actor, entrepreneur, philanthropist – a true entertainment legend. He is at the forefront of popular culture with award-winning albums and songs, hit television shows, films, lifestyle products, philanthropic efforts and digital ventures. Snoop Dogg has reigned for more than two decades as an unparalleled musical force who has raised the bar as an entertainer and a globally-recognized innovator. Throughout the years, Snoop Dogg has paved the way for many individuals, broken through countless barriers and reinvented himself – all while staying true to his roots and his fans.

and “Wet”. He has collaborated with artists across all genres of music from around the world and defines music history.  His most recent album (2018), Snoop Dogg Presents Bible Of Love, his first offering in the Gospel music genre, debuted at No. 1 on the Billboard Charts and stayed #1 for eight weeks.

Snoop Dogg has performed across the globe for diverse audiences, including his epic headlining act at the 2012 Coachella Festival, where he brought out the Tupac Shakur hologram. In 2014, Snoop Dogg had the honor of performing at the Kennedy Center Honors at the White House to celebrate jazz legend, Herbie Hancock, in front of an esteemed audience,

In addition to his extensive work in music, the award-winning artist has acted and appeared in numerous films, including Beach Bum (currently in production), Soul Plane, Starsky & Hutch, Pitch Perfect 2, Half Baked, and Oscar ®-winning drama Training Day and TV series, including Empire, Trailer Park Boys, and Mary + Jane, The artist’s voice has also been featured in the animated films Turbo,Arthur and the Invisibles and Hotel Transylvania and TV shows, including The Simpsons, King of the Hill, Futurama, The Boondocks and The Cleveland Show . As a producer through his company Snoopadelic Films, Snoop Dogg has produced Mac & Devin Go to High School, Boss’n Up, Hood of Horrorand Reincarnated (in conjunction with VICE Films).

A serial entrepreneur, in 2015 Snoop Dogg co-founded Merry Jane, a media company which sits at the crossroads of pop culture, business, politics, health, and the new generation of normalized, sophisticated cannabis culture for all. Snoop Dogg also partnered with Seth Rogen and Wiz Khalifa for this venture. Snoop Dogg has positioned himself as a savvy and forward-thinking leader in the tech space. In 2008, Snoop Dogg started his wildly popular WestFestTV YouTube channel, which is home to his GGN News weekly series and has featured interviews with top celebrities from Jimmy Kimmel to Seth Rogen to Kendrick Lamar. He has broken records on social media for his massive fanbase and engaging content.

The Entertainment Icon is also a highly sought-after speaker and has appeared at conferences and events around the world, including Google Zeitgeist, C2 Montreal, Consumer Electronic Show (CES), YouTube, AdColor and TechCrunch Disrupt where he has spoken on topics ranging from career longevity, entrepreneurship and diversity.

Snoop Dogg’s commitment and passion for community work is commendable. In 2005, he established the Snoop Youth Football League (SYFL) to provide children between the ages of five and thirteen the opportunity to participate in youth football and cheer. Throughout the years, the SYFL program has coached thousands of kids and many of the SYFL players have gone on to play football in college and in the National Football League. Since its inception, Snoop Dogg has personally coached a team of players during each SYFL football season. His Snoop Youth Football League was also the subject of a critically acclaimed Netflix series, Coach Snoop (2017). 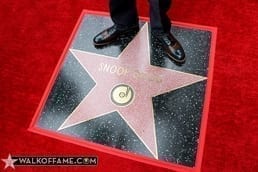