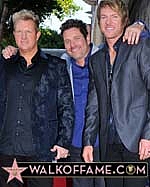 RASCAL FLATTS HONORED WITH
STAR ON THE HOLLYWOOD WALK OF FAME

See the complete Walk of Fame star ceremony at the end of this page.

The Hollywood Chamber of Commerce proudly unveiled a star for Country singers Rascal Flattson the famed Walk of Fame on September 17, 2012 at 11:30 a.m. “Fans from all over the country have been anxiously awaiting for their favorite country band to get their star!” stated Walk of Fame producer Ana Martinez. Rascal Flatts’ very own “Music Hero” David Foster was on hand as a celebrity speaker for the group.

Emcee Leron Gubler, President/CEO Hollywood Chamber of Commerce and David Foster helped the band unveil the 2,480th Star on the Hollywood Walk of Fame in the Category of Recording at 6664 Hollywood Boulevard in front of Sergeant Supply Store

The ceremony was streamed LIVE at www.WalkofFame.com

Rascal Flatts began their musical journey in the year 2000 when they released their first album. It was just a couple of years earlier when Gary LeVox (lead vocals) and Jay DeMarcus (bassist and background vocals), cousins from the Columbus, Ohio, and Joe Don Rooney, from Picher, Oklahoma, teamed up in a club in Nashville's Printers Alley.  It was in that club, the Fiddle & Steel Guitar Bar, where they discovered they had a vocal sound that was something special.

That sound quickly earned the band a record deal and talent, drive, and great song selection did the rest. Their now impressive list of career accolades includes more than 21 million albums sold and 25 million digital downloads.  They have seen 14 singles hit the top of the charts, spending more than eight months collectively at #1. They have won more than 40 major awards, including seven ACM trophies for “Vocal Group of the Year” and six trophies for CMA “Vocal Group of the Year.”

Recently they added a Grand Ole Opry membership and the prestigious Country Radio Seminar 2012 Artist Humanitarian Award to their list of accomplishments for their charitable endeavors with the Monroe Carell Children’s Hospital at Vanderbilt, where they have donated more than 3 million dollars, the Make A Wish foundation, The Jason Foundation and The American Red Cross.

Their list of hits constitutes one of the great bodies of work in modern country music, with "Bless the Broken Road," "What Hurts The Most," "My Wish," "Take Me There," "Here Comes Goodbye," “Life Is A Highway,” “I Won’t Let Go,” and many more.

Rascal Flatts new album CHANGED, released earlier this spring, debuted at #1 on the Billboard Country Albums chart, giving them the distinction of being one of only four acts to have seven consecutive studio albums debut in the top spot.

Their performances are state-of-the art, house-rocking extravaganzas, sold-out excursions that have resulted in more than six million career concert tickets sold. The tally will continue with this year’sFarmers Insurance Presents “Changed Tour” currently running across the US and Canada this summer and fall.

For additional information go to www.rascalflatts.com. 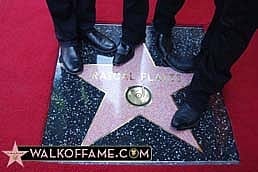