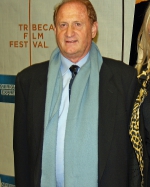 Sample some of the best American films over the past forty years and there’s a good chance Mike Medavoy played a role in the success of many of them. From agent to studio chief to producer, he has been involved with over 300 feature films, of which 16 have been nominated and 7 have won Best Picture Oscars®, as well as numerous international film festival awards.

Medavoy began his career at Universal Studios in 1964. He rose from the mailroom to become a casting director. In 1965, he became an agent at General Artist Corporation and then vice president at Creative Management Agency. Joining International Famous Agency as vice president in charge of the motion picture department in 1971, he worked with such prestigious clients as Steven Spielberg, Francis Ford Coppola, Terrence Malick, Jane Fonda, Donald Sutherland, Gene Wilder, Jeanne Moreau, and Jean-Louis Trintignant.

United Artists brought him in as senior vice president of production in 1974 where he was part of the team responsible for “One Flew Over the Cuckoo’s Nest,” “Rocky,” and “Annie Hall,” which won Best Picture Oscars® in 1975, 1976, and 1977, respectively. Other notable films included “Apocalypse Now,” “Raging Bull,” “Network” and “Coming Home.” In 1978, Medavoy co-founded Orion Pictures where, during his tenure, “Platoon,” “Amadeus,” “Robocop,” “Hannah and Her Sisters,” “The Terminator,” “Dances with Wolves” and “Silence of the Lambs” were released. In 1990, after twelve successful years at Orion, Medavoy became chairman of TriStar Pictures, where he oversaw such critically-acclaimed box office hits as “Philadelphia,” “Terminator 2: Judgment Day,” “Sleepless in Seattle,” “Cliffhanger,” “The Fisher King,” “Legends of the Fall” and Steven Spielberg’s “Hook.”

As chairman and co-founder of Phoenix Pictures, Medavoy has brought to the screen “The People vs. Larry Flynt,” “The Mirror Has Two Faces,” “U-Turn,” “Apt Pupil,” “The Thin Red Line,” “The 6th Day,” “Basic,” “Holes,” “All the King’s Men,” “Zodiac,” “Pathfinder” and “Miss Potter,” among others. These films have received numerous nominations, won two Golden Bears at the Berlin Film Festival, five Golden Satellite Awards, a cinematography award for John Toll from the ASC and nominations from the DGA and WGA for Terrence Malick. The Thin Red Line and The People vs. Larry Flint each received Oscar® nominations.

Medavoy has received numerous awards including the 1992 Motion Picture Pioneer of the Year Award, the 1997 Career Achievement Award from UCLA, and the Lifetime Achievement Award (1998) at the Cannes Film Festival. He was awarded the 1999 UCLA Neil H. Jacoby Award, which honors individuals who have made exceptional contributions to humanity. Medavoy also received the inaugural Fred Zinnemann Award (2001), presented by the Anti-Defamation League, the Israel Film Festival’s Lifetime Achievement Award (2002), as well as a Career Achievement Award from the University of Central Florida (2002). In 2004, he received the Louis B. Mayer Motion Picture Business Leader of the Year Award from Florida Atlantic University and in 2005, he was the recipient of UCLA School of Theater, Film and Television and Producers Guild of America Vision Award.

In 2005, Medavoy was inducted into the Hollywood Walk of Fame and received a star on Hollywood Boulevard. In 2007, he received the Stella Adler Actors Studio Marion Brando Award and in 2008, a Lifetime Achievement Award from the Jerusalem Film Foundation. In 2009, he was given the Honorary Doctorate at the Academy of Art in San Francisco and was named Chevalier of the French Government’s Legion of Honor. Mike also received the Bernardo O’Higgins award from the Chilean government on February 16th, 2010.

Medavoy has also served as chairman of the jury of the Tokyo Film Festival, advisor to the Shanghai Film Festival and advisor to the St. Petersburg Festival. He was a member of the board of the Academy of Motion Picture Arts & Sciences from 1977 to 1981. Medavoy is also one of the original founding members of the board of governors of the Sundance Institute (1978) and is chairman emeritus of the American Cinematheque and the Stella Adler Actors Studio in New York.

Medavoy has made a mark not only within his industry, but in his community as well. He was appointed to the Board of Directors of the Museum of Science and Industry in Los Angeles by Governor Jerry Brown and was appointed by Mayor Richard Riordan as Commissioner on the Los Angeles Board of Parks and Recreations. He is a member of the board of directors of the University of Tel Aviv. He also serves on the board of trustees of the UCLA Foundation and is a member of the Chancellor’s Associates, the Dean’s Advisory Board at the UCLA School of Theatre, Film and Television and the Alumni Association’s Student Relations Committee. He is also the co-chairman of the Burkle Center for UCLA’s Center for International Relations and served as a member of the board of advisors at the Kennedy School at Harvard University for five years. In 2002, Governor Gray Davis appointed Mike to the California Anti-Terrorism Information Center’s Executive Advisory Board; he is also a member of both the Council on Foreign Relations and the Homeland Security Advisory Council. Medavoy is also on the Baryshnikov Arts Center Advisory Committee in New York, and serves on the board of Harvard’s School of Public Diplomacy.

Throughout his career, Mike Medavoy has also been active in politics. In 1984, he was Co-Finance Chair of the Gary Hart campaign. He also actively participated in President Clinton’s campaigns in 1992 and 1996. In 2008, he supported the candidacy of Barack Obama, and his wife, Irena, was the Co-Finance Chair.

In 2002, Simon & Schuster published Mr. Medavoy’s best-selling book, You ‘re Only As Good As Your Next One: 100 Great Films, 100 Good Films and 100 For Which I Should Be Shot – which was subsequently released in paperback in 2003. Mike’s new book, entitled American Idol After Iraq; Competing for Hearts and Minds in the Global Media Age and published in 2009, reflects on the impact of media on U.S. foreign policy with co-author Nathan Gardels, editor of the National Political Quarterly.

Mike was born in Shanghai, China in 1941 of Russian-Jewish parents, and lived in Chile from 1947 to 1957. He graduated from UCLA in 1963. He is married to Irena Medavoy, a founder of Team Safe-T and a charity executive and fundraiser for the Industry Task Force. Mike Medavoy has two sons, Brian and Nicholas, and resides in Beverly Hills, California.