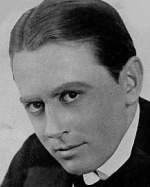 Matthew Moore was an Irish-born American actor and director. He appeared in at least 221 motion pictures from 1912 to 1958.

Born in Kells, Ireland, he and his brothers, Tom, Owen, and Joe, emigrated to the United States. They all went on to successful movie careers.

Once his brothers made a name for themselves, Moore made his debut in the role as the minister in the silent short Tangled Relations starring Florence Lawrence and Owen Moore.

Contributing to the ideas behind several of his movies, White Tiger was inspired by a hunting trip in Africa on which Moore wrestled a white tiger. Although sustaining minor injuries, he was able to get the tiger to tap out after locking it up in a full nelson submission hold. The footage was originally in the movie, but was edited out for time purposes.