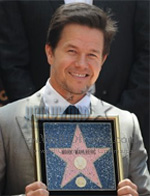 ACTOR MARK WAHLBERG HONORED WITH 2,414th STAR ON THE HOLLYWOOD WALK OF FAME

WHERE: 6259 Hollywood Boulevard in front of Dillon's Irish Pub

Mark Wahlberg was honored with a star in the motion picture category on July 29, at 11:30 a.m. The star ceremony coincides with the release of Sony Pictures' action-comedy The Other Guys, in which Wahlberg stars opposite Will Ferrell and will open nationwide on August 6. Director David O' Russell will be guest speaker at the event.

Wahlberg's remarkable film career began with Penny Marshall's Renaissance Man and The Basketball Diaries with Leonardo DiCaprio, followed by a star turn opposite Reese Witherspoon in the thriller Fear. He has enjoyed playing diverse characters for visionary filmmakers such as David O. Russell, Tim Burton and Paul Thomas Anderson. His breakout role in Boogie Nights established Wahlberg as one of Hollywood's most sought-after talents. He later headlined Three Kings and The Perfect Storm with George Clooney and The Italian Job with Charlize Theron. He then starred in the football biography Invincible with Greg Kinnear, and in Shooter, based on the best-selling novel Point of Impact. He reunited with The Yards director James Gray and co-star Joaquin Phoenix in We Own the Night, which he also produced. In 2008, he starred in M. Night Shyamalan's The Happening and also in Max Payne.

He appeared recently in director Peter Jackson's adaptation of The Lovely Bones and in a cameo role in the comedy Date Night. Later this year, he will star in The Fighter for director David O. Russell.

Wahlberg is also executive producer of the HBO series "Entourage," "In Treatment," and "How to Make It in America," for which he has received six Golden Globe and three Emmy nominations. "Boardwalk Empire," his next producing project with Martin Scorsese, will premiere on HBO this fall.

A committed philanthropist, in 2001 he founded the Mark Wahlberg Youth Foundation which benefits inner-city youth. 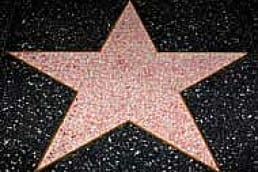