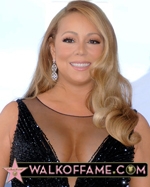 Mariah Carey Honored With Star On The Hollywood Walk Of Fame
The Hollywood Chamber of Commerce proud honored singer Mariah Carey   with the 2,556th star on the Hollywood Walk of Fame today, August 5, 2015 at 11:30 a.m. PDT. The star in the category of Recording was dedicated in front of the W Hollywood Hotel at 6270 Hollywood Boulevard, in front a massive crowd of fans that waited for hours to get a glimpse of the popular singer.

Helping emcee and Hollywood Chamber President/CEO Leron Gubler to unveil the star will be celebrity guest speakers, LA Reid, Lee Daniels, Brett Ratner and Stephen Hill.  “Finally, all questions regarding when Mariah Carey will be honored with a star are answered! For years fans repeatedly asked us when their favorite singer would be honored, and today was the day! We are thrilled that we could add one of the world’s biggest talents to our Walk of Fame,” stated Ana Martinez, Producer of the Hollywood Walk of Fame ceremonies.

Mariah Carey is the best-selling female artist of all time with more than 200-million albums sold to date and 18 Billboard Hot 100 No. 1 singles (17 self-penned), more than any solo artist in history. Mariah is a singer, songwriter, and producer recognized with multiple Grammy Awards, 21 American Music Awards, Billboard’s “Artist of the Decade” Award, the World Music Award for “World’s Best Selling Female Artist of the Millennium,” and BMI’s “Icon Award” for her outstanding achievements in songwriting, to name a few. With her distinct five-octave vocal range, prolific songwriting, and producing talent, Mariah is truly the template of the modern pop performance.

Mariah’s ongoing impact has transcended the music industry to leave an indelible imprint upon the world at large. She made her entrée into the world of independent film with her landmark performance in “WiseGirls” starring alongside Academy Award® winner Mira Sorvino and Melora Walters. In 2009, Mariah was recognized with the Breakthrough Performance Award at the Palm Spring International Film Festival for her critically acclaimed role in Lee Daniels’ “Precious.” Mariah went on to appear in Daniels’ stellar ensemble piece “The Butler” (2013).

Mariah’s latest album release, “#1 To Infinity,” arrived in stores May 18, 2015 on Epic Records/Columbia Records/Sony Legacy. For the first time ever, one career-spanning chronological collection gathered all 18 of her No. 1 singles. Included as the final track on the collection was Mariah’s breathtaking single, “Infinity” (co-written and produced by Mariah). The album served as the set list for Mariah Carey #1 To Infinity, her sold-out, headlining residency at the Colosseum at Caesars Palace in Las Vegas.

A Congressional Award recipient, Mariah has generously donated her time and energy to a range of philanthropic causes near to her heart including Save the Music, the Make-A-Wish Foundation, World Hunger Relief, and the Elton John AIDS Foundation, among many others. A tremendous supporter of children’s charities, both domestic and international, Mariah founded Camp Mariah in partnership with the Fresh Air Fund, a retreat for inner city children to explore career development. Go to: www.mariahcarey.com 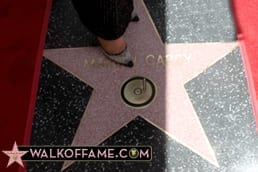